Another Grey Swan Event: What a Chinese Invasion of Taiwan Would Mean For Investors 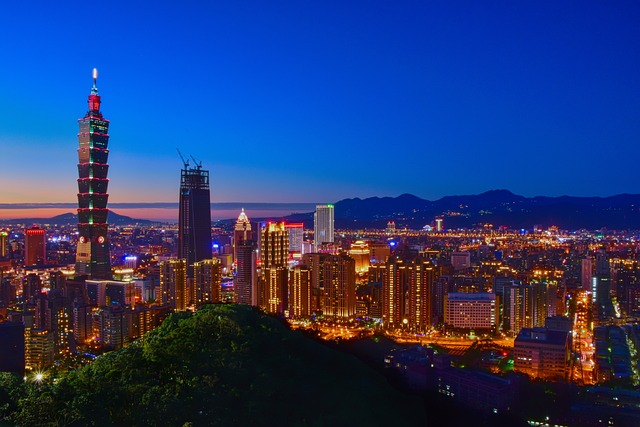 COVID-19 and the war in Ukraine have sent shockwaves through global supply chains and upended financial markets. While investors expect a gradual return to some semblance of normality, things could get a whole lot worse if other potential grey swan events – such as a Chinese invasion of Taiwan – come to pass.

At its national congress in late October, the Chinese Communist Party formally rejected Taiwanese independence and said it would not rule out the use of force to achieve its reunification goals.

The BlackRock Investment Institute believes there is a “medium” risk of China taking military action against Taiwan, a self-ruled, democratically run island that Beijing sees as its own.

“We do not see a military confrontation in the short to medium term, but believe the risk will increase significantly in the long run,” BlackRock Investment Institute says in a report co-authored by chairman Tom Donilon.

PGIM, Prudential Financial's investment management arm, ranks an invasion of Taiwan as the second biggest global tail risk, after an unexpected liquidity crunch in key capital markets. "It’s also one of the risks investors feel least prepared for," it says in a report based on investor surveys.

“This would be most acutely felt in global semiconductors and the likes of Apple, as well as in Asian currencies and beta-heavy names, plus any Chinese assets that require offshore funding,” Edwards tells Markets Group.

Because Taiwan Semiconductor Manufacturing Co. (TSMC) is comfortably the world's largest contract manufacturer of semiconductors, a Chinese takeover has raised fears about what this might mean for the world economy.

According to Bloomberg, some former U.S. officials have even punted the extreme option of making clear to China that it would destroy TSMC factories if the island was occupied. Doing so, the argument goes, would serve both as a deterrent and a means to avoid the chip production plants falling into China’s hands.

But that would choke off the supply of a critical component in electronics used in everything from vehicles to mobile phones, and is not necessary in any case because the U.S. and other nations would simply be able to restrict the supply of chip components to TSMC, Chen Ming-tong, director-general of Taiwan’s National Security Bureau, has said.

The Semiconductor Industry Association says that if Taiwanese production is shut down for a year because of military or political circumstances, the cost to annual revenue for device makers worldwide would be $490 billion.

Edwards says because the U.S. could struggle if it is cut off from Taiwanese semiconductors, China could choose to blockade Taiwan to starve the world of its chips, “and then use the lifting of a blockade to be a means to a negotiated assimilation.”

In its report, PGIM notes that global supply chains would be severely hamstrung by a conflict.

"According to Bloomberg, about half of the world’s container ships passed through the Taiwan Strait in the first seven months of 2022," PGIM says. "Global supply chains require geopolitical stability and low trade barriers to function properly, the exact opposite of what this tail-risk scenario would deliver."

The Anatomy of an Invasion, Sanctions

If the U.S. engaged in a direct war with China, “all bets are off and the World War III playbook should be deployed,” Edwards says. However, the U.S. would be more likely to indirectly support Taiwan, and a “stable equilibrium” could be found in time.

“I do not believe the broader U.S. voting population would support committing troops and extensive treasure to defend an island which some 70% of voters can’t point to on an unlabelled map,” Edwards says. “More important than what I believe, the Chinese don’t believe this either.”

The small island of Taiwan, which is only slightly larger than Hawaii, would be left to defend itself.

But unlike Ukraine, which shares a land border with its aggressor, Taiwan would be difficult to invade.

“Taiwan has extremely sophisticated defenses, so there would assuredly be a prolonged conflict before a completed invasion,” Edwards says.

The U.S., meanwhile, would likely impose economic sanctions on China and lend indirect support to Taiwan.

China has already been sanctioned to some degree, Edwards says, pointing to export restrictions on U.S. tools, intellectual property, and personnel that support China’s semiconductor and advanced computing industries.

“This is important to note in considering the People’s Republic of China’s broader goals vis a vis Taiwan and the global order. But as a reaction to initiating an invasion, yes, I believe Chinese persons and institutions would be cut off from SWIFT, making U.S. dollar-settled commerce impossible.”

Bank of Singapore Sees Opportunity in ‘Excessive Pessimism’ Towards China