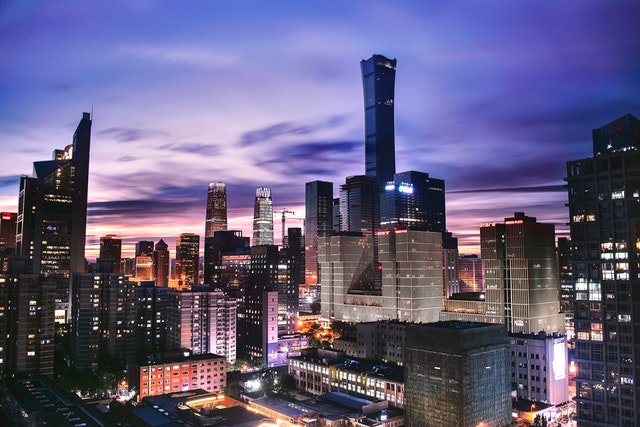 By Nick Hedley and Mario Marroquin

The bailout fund set up by Henan Asset Management and state-backed Zhenghzou Real Estate Group may be, at its most literal interpretation, an attempt to fix a $297 billion problem with a $44 billion solution, or perhaps the first of many bailout-style programs for Chinese developers in the coming months.

This week, Reuters reported that China will launch a real estate fund to help property developers resolve a crisis linked to unfinished properties. Authorities are aiming for a war chest of up to 300 billion yuan ($44 billion), Reuters said, citing a state bank official with direct knowledge of the matter. However, as much as $297 billion in outstanding mortgage debt may be exposed to risk, according to Bloomberg.

Reuters said the People’s Bank of China will back the fund alongside China Construction Bank. Resources from the fund will be used by the government for rental housing, to finance purchases of unfinished projects, and to complete housing projects.

But while authorities are starting to take action, about 150 residential projects have been hit by delays, according to Australian banking group ANZ, which adds that “this trend could be increasingly significant and threatens financial stability.”

A large portion of outstanding mortgage debt stems from repayment boycotts, with homebuyers in more than 100 cities refusing to fork out mortgage payments for unfinished apartments.

Residential property projects in China are often financed through presales, a mechanism that transfers some risk to buyers, who start making payments before receiving their apartments. In recent weeks, there has been a surge in the number of Chinese homebuyers ceasing mortgage payments, citing project delays and the failure of banks to monitor developers’ escrow accounts.

This poses risks to the financial services sector, contractors, and the economy at large. Analysts estimate that as much as one quarter of China’s GDP is tied to the property sector.

“Banks are supposed to monitor developers’ utilizations of presale proceeds via their escrow accounts, but this has been ineffective, especially during the current market downturn,” ANZ’s senior China economist, Betty Wang, said in a research note. “The poor supervision is also cited as one reason why housing projects have insufficient funds to complete construction.”

However, since household finances and social stability are regarded as top priorities for Chinese policymakers, authorities will likely “take quick action,” Wang says.

Markets Group reported that Chinese developer Vanke was in talks to transfer ownership of unfinished development projects in Guanzhou and Shenzhen earlier this year.

Iris Pang, Chief Economist for Greater China at Dutch bank ING, says many of the property developers that are too cash-strapped to finish incomplete projects will probably be acquired by healthier companies. Regulators are encouraging mergers and acquisitions.

ING expects that residential construction activity will contract in 2022 because of these issues.

Completing projects with the help of local governments and bank funding is “not a long-term solution to the residential property market. As such, past-due mortgages on those uncompleted homes should enjoy payment holidays until completion.”

Regulatory reforms aimed at deleveraging the sector and curbing speculation could result in the supply of land and homes falling in the coming years. This could eventually push up home prices, Pang says.

Despite the risks to the broader economy posed by the mortgage boycott, Bank of Singapore is optimistic about the outlook for the Chinese economy.

“While recent developments have caused a significant drag on sentiment and may dampen home-buying activities in the near term, we believe that the uncompleted projects at risk would not result in systemic catastrophic downside to the financial system,” the group said in a research report co-authored by investment strategy head Eli Lee.

While banks’ exposures to mortgages are substantial, “the overall leverage of the system is moderate," and the implications of property price declines would be manageable.

“With the ongoing mortgage strike and rural bank stress sagas, Chinese policymakers could take the opportunity of the upcoming July Politburo meeting to provide further guidance and assurance on an orderly resolution and completion of delayed projects,” Bank of Singapore said.

The bank, a wholly owned private banking arm of OCBC Bank, believes China’s economy has bottomed out and is starting a gradual recovery.

Unlike in the U.S. and Europe, Chinese authorities are easing, not tightening, policy, while inflation remains relatively low.

“The long-term risk-reward for Chinese equities is compelling at current price levels,” Bank of Singapore said.