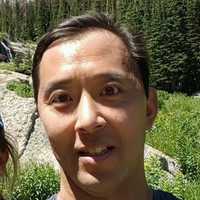 David Lee, who has been with the $38.8 billion sovereign wealth fund for more than 24 years, will leave at the end of September. Chief Investment Officer Vince Smith said that Chris Cassidy, a private equity portfolio manager, would replace Lee.

Cassidy has worked with Lee during his entire time leading the private equity program. Lee took over as interim director in 2017 and then became the permanent head in 2018. Previously, he had served as an investment strategist and an equity portfolio manager.

According to March 31 data presented at the SIC meeting, the private equity national program – which invests outside of New Mexico – has generated a 19.3% return since a new strategy was implemented in 2011. The program’s one-year IRR was 31.6%. Its net asset value as of March 31 was $3.86 billion.

In remarks to the SIC board, Smith said the performance of the private equity program – especially compared with PE programs of other public pension funds – has been “off the charts.” He said that Lee has been “instrumental” in those results.

Lee said he is leaving with the private equity portfolio in “phenomenal shape” and that he feels that he and Cassidy “have made some great improvements and attracted some great managers.”

Also at the meeting, Smith announced the hiring of Dawn Iglesias as investment strategist. She has been serving as the chief economist in the New Mexico Senate Majority’s Office.


SIC also filled an accounting analyst position and is looking to fill two others: one for real estate and one for fixed income.