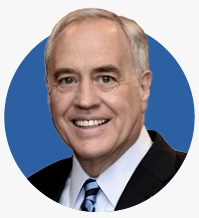 According to information posted by New York State Comptroller Thomas P. DiNapoli, CRF committed $1 billion in July to managers – 40% of which went to DIF.

DIF, meanwhile, is seeking to raise €1.5 billion (US$1.5 billion) for Core Plus Infrastructure Fund III, which will target small and mid-market infrastructure investments in the telecom, energy and transportation sectors. DIF already has used the fund to make two investments, including most recently teaming up with Amber Infrastructure Group to acquire Rail First, an Australian rail freight leasing company.

DIF has €14 billion (US$14 billion) in assets under management across 11 closed-end infrastructure funds and several co-investment vehicles. It has more than 190 professionals located in 11 offices in Europe, New York, Toronto, Sydney, Australia, and Santiago, Chile.

Mark Johnson, DiNapoli’s press secretary, declined to comment on the DIF commitments, saying that CRF generally does not discuss its reasons for choosing funds to invest in.

All told, half of its $1 billion went to the real assets fund as CRF also invested $100 million in a co-investment fund from I Squared Capital – ISQ III Co-Invest. ISQ III will sit alongside the main fund – ISQ Global Infrastructure Fund III – in a portfolio of renewable power infrastructure assets.

Aside from DIF’s funds, CRF also backed one other firm that it had not previously invested in: 1315 Capital Early Growth L.P. CRF deployed $15 million to the fund, which will provide expansion and growth capital to commercial-stage healthcare companies in North America.

For the fiscal year ended March 31, CRF generated a return of 9.51%. During the first quarter ending June 30, it reported a return of negative 8.24%.

CRF has 44.7% of its assets in publicly traded equities, 22.4% in cash, bonds and mortgages, 15% in private equity, 12.1% in real estate and real assets ,and 5.8% in credit, absolute return strategies and opportunistic alternatives.