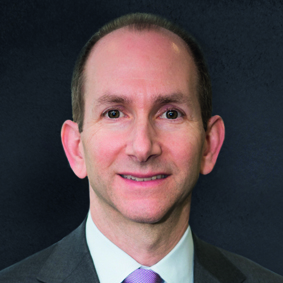 Jonathan Grabel recently received praise for a presentation he made to the Los Angeles County Employees Retirement Association’s (LACERA) investment board from its chairman, Herman B. Santos.

But it was for reasons other than the LACERA chief investment officer displaying strong returns or an innovative new strategy. Rather, it was because he outlined to the board how the $72.8 billion pension plan had generated savings of at least $80 million and likely more than $100 million during the past five years, with some of those savings likely to continue on an annual basis.

For example, LACERA has saved $50 million by handling liquid credit directly – rather than through a fund of funds. Likewise, it has saved $15 million by handling hedge funds directly – again rather than through a fund of funds – and $15 million by establishing a private equity co-investment program. LACERA also has lowered its costs related to public equities by 40% and it has also sought to reduce fees paid to private equity managers. Within, the past year, for instance, it was the lone buyer of stakes in two farmland funds through a secondary transaction.

Saying that he “appreciated the discussion” about the amount of savings that LACERA generated from fee negotiations and bringing investment functions in house, Santos suggested to Grabel that “it would be a good idea to put that in writing somewhere” because “it’s an area to be proud of.”

Said Grabel, “Good times take care of themselves. Flattish markets are where we need to earn our keep.”

LACERA is not alone in trying to reduce fees paid to private market managers.

California State Teachers’ Retirement System (CalSTRS), for example, has saved more than $780 million over the past four years by bringing more assets in house, said CalSTRS Deputy CIO Scott Chan, in a video interview with CAIA Association. There also is potential, he said, to save an additional $300 million a year.

“That’s a big opportunity for CalSTRS,” he said.

“We are always focused on fees as that impacts net returns to the pension fund,” he told Markets Group. “Where there are opportunities for fee reduction, we always look to that. Where fees are higher, we require a thorough analysis and justification, which lead to our conviction and comfort around achieving appropriate net returns in spite of higher fees.”

But Grabel’s presentation may be indicative of how CIOs approach the changing investment environment. With returns declining and likely headed further downward, the pressure will be on CIOs to better manage costs, whether that’s through negotiations, handling investment strategies in-house or producing innovative cost-saving approaches.

“In down markets the focus on fees tends to increase,” Grabel told the LACERA Board of Investment. “As you know every basis point counts.”

In an interview after the meeting, Grabel said that managing costs is a “pretty easy rallying cry for the team. I don’t think you are going to find a member of the board or staff who is going to take a position of ‘no, we don’t pay enough in fees.

Alaska Permanent Fund Corporation, for example, recently moved to terminate its external fixed income managers and bring those assets in-house. The $83.4 billion fund expects fee savings of $7.8 million as a result of the move – which it expects to give it more control over the portfolio. It also opted to close its dedicated allocation to emerging market debt – a move that is expected to save $4 million.

Meanwhile, the Public Employees’ Retirement Association of Colorado (PERA) is in the process of moving its defined contribution plan’s fixed income investing from an external manager to the in-house team that handles the fixed income investing of PERA’s defined benefit plan. It is the first step of a process aimed at giving PERA’s defined contribution customers access to the same offerings enjoyed by those in the defined benefit plan.

And while PERA CIO Amy McGarrity tells Markets Group that the true aim of the effort is to give those in the defined contribution plan “best-in-class access” to PERA’s in-house investment capabilities, there will be cost savings as well.

She said the plan has not “solidified the fee” that will be charged, but “it will be cheaper than what you could get on the market. That’s really our value proposition as an investment team at PERA. We have about 60 professionals in the investment department managing the roughly $60 billion in assets and we do so at a very low cost.”

Meanwhile, some investors are having discussions about whether they need to utilize consultants to the degree that they’ve done so – especially given how long they have invested in sectors. A board member of the Washington State Investment Board broached the issue at a recent private markets meeting.

Chris Phillips, WSIB’s director, institutional relations and public affairs, said the system has had a “couple of recent discussions about the role and value of consultants.” He said that WSIB’s staff has had such discussions “periodically” when contracts for consulting services are being considered for renewal.
“It’s always a fair consideration,” Phillips said. “At present, we are not changing anything that will affect or change the way in which our team engages with consultants. Their services remain part of our due diligence and research processes.”

LACERA’s Grabel tells Markets Group that the plan’s focus on fee savings emerged from an offsite meeting that took place about four years ago. A key element of that approach has revolved around a simple word, he said.

“The journey starts with the notion that we can say no,” Grabel said. “We have to negotiate and negotiate harder. We should have one extra conversation with every single business partner. There’s no downside. There’s only upside. And I think that’s paying dividends for us.”

He is, however, quick to point out that fee savings should not be substituted for performance. The goal is still to find the best business partners.

Fees are a part of investing in private equity – something that Grabel acknowledges. And with more institutional investors increasing their allocations to the asset class, the amount being paid out in fees and carry are on the rise. LACERA, for example, had total alternative investment vehicle costs of $544 million for the fiscal year ended June 30, 2021, according to data it is mandated by state law to make public.

That’s up from $335 million in the 2020-21 fiscal year – the increase resulting from a strong market environment which led to an additional $166 million in carried interest being paid.

“If we’ve increased our allocation in private equity from 13% to 17%, well our fees are going to go up accordingly,” he said. “But within that 17%, we want to be more optimal with respect to fees and terms.”

During the 2021-22 fiscal year, LACERA allocated $2.5 billion to private equity, with it roughly divided between fund commitments, co-investments, and secondaries and emerging managers.
Despite the praise from Santos, Grabel is not becoming complacent.

“I think there’s always work to be done,” he said. “And it’s not just true of fees. It’s important for morale, motivation and perspective for the whole team to acknowledge things where we have shared successes, and those shared successes should be part of the journey. Not the end state.”