Exclusive Interview with Tom Tull: Be Proactive, but Don’t Feel Pressure to Invest 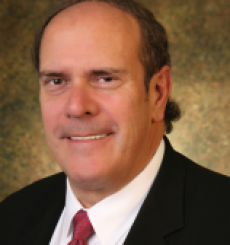 the $35 billion state pension fund, and now fellow at AIF Global, an economic think tank, has had a

long and distinguished career, starting in the 1970s. In this exclusive interview with Markets Group’s

Iain Bell, he details his mindset in navigating various crises – including the present one of high inflation

and rising rates – and offers advice on how to develop the right attitude for uncertainty.

Markets Group: Allocators stress the importance of precedent and track record when assessing

managers. Given the uncertainty of today’s inflationary environment, the only precedent we have is

the 1970s, the decade in which you started your career. What were those circumstances and how did

you and your mentors navigate them?

Tom Tull: A lot of things were going on in the ’70s. There was a cocktail of high inflation, economic

stagnation, easy monetary policy – all the basics. It stemmed from social welfare programs and the

wind down of the Vietnam War. With all that, we had a government that was very much inclined to

keep the economy rolling and with that came inflation and ultimately stagflation. Our policymakers

also had the bright idea to convert the U.S. dollar to a fiat currency and take away the backing of gold.

With oil being priced in U.S. dollars and no gold backing, OPEC felt compelled to raise prices. Price

control was the response. All things considered – anything that could go wrong, did go wrong.

What I learned from the ’70s was that you really can’t get wrapped up in the soundbites of the day.

You have to be cautious, selective and thoughtful. Most importantly, you have to ignore the

involved. I learned early on to let the dust settle. You’re going to have recessions,

inflationary rises – these things will always occur. It’s a matter of being proactive and not reactive.

MG: Another crisis that you worked through was, of course, the Global Financial Crisis of 2007-08.

You joined the ERS as CIO in 2009. How did you recalibrate the fund in wake of the crisis?

TT: I was brought in to help set the strategy for ERS. I took over responsibility as CIO shortly after. The

areas that I concentrated on were severalfold. One, I’m a believer that you shouldn’t run a public

fund like a public fund, but as a business. For that reason, I focused on building the investment

function internally. One of the steps was to first establish the asset classes that we were comfortable

with and compliment what was already in place. Two, to build a team—in fact, we doubled the

staff—and did things internally at one-quarter of the cost. Three, be more proactive in managing

asset classes. We were just beginning to get involved in alternatives and I expanded that to include

equity internally. After that, 60% of our assets were managed internally. Most importantly, I was

fortunate in having a tremendous team to work with.

We took the view not to just wait for the maturity of these assets. Rather than just buy and subscribe

equity portfolio and utilized the secondary market. We also introduced and put into market

[exchange-traded funds]. We would help originate the ETFs and get revenue share over time. Finally,

we established a platform for emerging managers. They’re thought leaders, good performers, but

they need capital. We leveraged that expertise and provided a service at the same time. So, in times

of crisis or in any time, really, implement a more proactive management process.

MG: How would you advise your peers who are investing in a high-inflation, rising-rate market?

Which do you see as the conditions that will affect strategic allocation now, and where might the

TT: You really have to be careful this time around vs. the past as now we’re seeing the politicization

your ego at the door and don’t be compelled to invest. There will be tremendous opportunities in

times like this. But there’s no rush. Europe is an area going into recession (if it’s not already in

recession). There’s more than enough time to pick and choose among different asset classes in

Europe such as private equity, credit, private real estate or infrastructure. With the capital that’s

flowed into these asset classes in the region, which are ahead of the game, they need consolidation.

securities and prevent pension funds from allocating there. What are your thoughts on when policy

TT: It will evolve. I think there are two complications whenever governments get involved in dictating

on where, how [and] when you get to invest. One, you’re constraining the ability to influence what’s

important in a given situation. We had this with South Africa, Iraq, Iran, and now China. Whenever

governments get involved it muddies the water. Two, there’s opportunities. If you have good

relationships, throughout these countries, this time will pass. For example, in the U.S., there has

been a political concern with U.S. pension funds investing in China because of accounting rules. Now

will be more accountability and integrity of accounting statements consistent with U.S. GAP

standards. So, times can change. China will continue to be a problem, but I think it’ll get better as we

go forward. There are tremendous opportunities there and in emerging markets in Asia generally.

MG: If you were to sum up your advice to pension investors today, given where the global economy

might go, with recession in Europe, inflation sticking in certain areas of the American economy,

increasing geopolitical tensions, rising rates and the looming threat of climate change, how would

TT: Don’t feel compelled to invest for the sake of investment in negative

environments. There will be plenty of time to do homework to avoid the latest perception of reality.

Overlay that with the curse of social media and fake news. I think it’s going to be a while before we

central banks, and we’re wrestling with increased regulatory constraints. With all this, it’s about

picking and choosing and being opportunistic, whether that be in industries such as oil or energy or

in different geographies. Cut through the noise, travel again and visit companies, both globally and in

the U.S., and focus on what’s important to generate competitive risk-adjusted rates of returns.