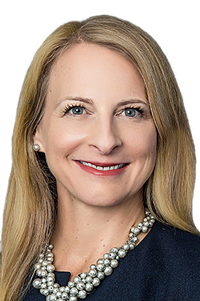 The Annie E. Casey Foundation is seeking to fill a key role on its investment team following the departure of Jackie O. Gifford to an outsourced chief investment officer (OCIO) firm.
Gifford, who was with the Casey Foundation for nearly 12 years, served as director of marketable investments. She joined Strategic Investment Group as a managing director and head of non-U.S. equity and will co-head the public equities team with Ted Joseph, managing director and head of U.S. equity.
Gifford is the second member of the endowment and foundation world to join Strategic in recent months.
Nathalie Cunningham, who was a senior investment officer at Cornell University, is now a managing director on Strategic’s client portfolio management team.
Based in Arlington, Va., Strategic had $24.3 billion in discretionary assets under management as of September 30. Founded in 1987, it provides clients with active portfolio management, risk management and open architecture manager selection.
Gifford headed marketable investments at the Casey Foundation for the past seven years. Previously, she had directed the foundation’s hedge fund investing. Her background includes roles with MTB Investment Advisors and DuPont Capital Management.
In a job posting, the Casey Foundation describes the director of public market investments as a senior member of the investment team who works closely with the chief investment officer. May Ng has served as CIO of the foundation since 2015. She did not immediately respond to an inquiry from Markets Group. The position, according to the posting, will oversee just under 60% of the foundation’s portfolio.
The Annie E. Casey Foundation was established in 1948 by Jim Casey and his siblings to honor their mother. Jim Casey started a messenger service in Seattle in 1907 that later became UPS. The foundation is focused on building a brighter future for America’s children, youth and families.
As of December 31, it had total assets of $4.2 billion - $4 billion of which were classified as investments.