Exclusive: Norway’s Biggest Pension Fund on Why Clean Energy Is the Solution to Europe’s Gas Crisis 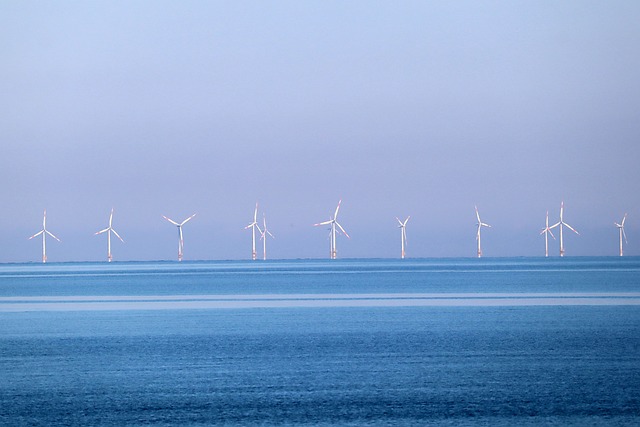 “As a pension fund, our engagements are long term, and the energy crisis is a clear signal that economies need to invest more in renewable energy – not only due to emissions, but also due to a need for energy systems based on independent energy sources,” Grimsby tells Markets Group.

In late September, the energy crisis was exacerbated after three major leaks were discovered along the Nord Stream pipelines between Russia and the European Union. As authorities in Europe raced to shore up gas supplies from alternative suppliers, they said the leaks were likely deliberate acts of sabotage.

Flows along the Nord Stream 1 pipeline are unlikely to restart for the foreseeable future, Dutch bank ING’s commodities strategists said in a note. Moreover, Russia appeared on the brink of halting gas supplies via Ukraine.

“This will only tighten up the European market further as we move towards the heating season,” ING’s Warren Patterson and Ewa Manthey said. “At the moment, flows via Ukraine are in the region of 42 million cubic meters a day, and if these were to stop, it would leave flows via Turkstream as the only route to Europe for Russian pipeline gas.”

To counter the shortfall of Russian gas, some European states are once again turning to old coal-fired power stations.

KLP’s Grimsby concedes that there is a short-term need to keep existing fossil fuel projects in play. However, adding new ones would not make sense.

“Due to the time delay in developing new oil and gas fields, this is not a solution to the current energy crisis in Europe. Going ahead, easily scalable and cost-efficient energy sources such as solar and wind power will be prioritized.”

As of June 30, climate-friendly investments amounted to about 8% of KLP’s total portfolio. The fund has assets under management worth 727.6 billion kroner ($US66.7 billion).

One of its most recent investments was an allocation towards the Quinbrook Net Zero Power Fund, which invests in solar-plus-battery projects.

KLP is also seeking opportunities in sustainable fuel solutions for the shipping sector, Grimsby says, adding that Norway will soon make final investment decisions on a number of green fuel projects. The Norwegian government aims to reduce emissions from inland coastal shipping by 50% by 2030.

To develop the necessary clean hydrogen and ammonia production facilities, as well as the infrastructure for distributing and bunkering green alternative fuels, investments of around 14 billion kroner ($US1.3 billion) will be needed.

The recent surge in electricity prices “clearly shows the need for investing in more renewable energy for producing green hydrogen and ammonia – KLP is ready to contribute to this needed transition.”

The fund has divested of corporates that derive revenues from coal and oil sands, and continues to engage other companies, mainly in Norway, to ensure they reduce emissions in line with their science-based sectoral pathways.

It also exercises its voting rights to steer companies in the right direction, Grimsby says, and collaborates with other investors “so that important climate-related resolutions receive sufficient support.”