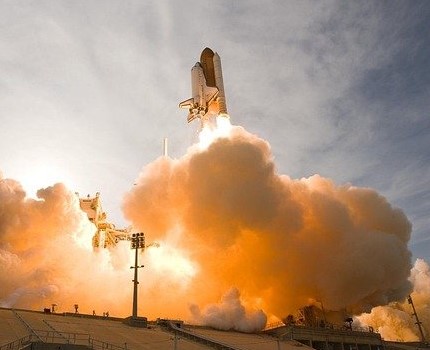 NASA's struggles to get its new rocket off the ground highlight a little-known problem with a fuel that is shaping up to play a huge role in the clean energy transition – hydrogen is extremely difficult to contain.

An indirect heat-trapping greenhouse gas itself, the tiny molecule’s propensity to escape into the atmosphere when being produced, transported or stored is worrying engineers and scientists at a time when institutional investors are pouring substantial amounts of capital into “green hydrogen” technology.

This problem was recently on display as NASA postponed the launch of its Artemis I rocket over persistent leaks of ultra-cold liquid hydrogen fuel. And this was not the first time this has occurred.

Gaseous and liquid hydrogen has long been used at NASA and in industrial processes, although traditional hydrogen production methods rely on coal or gas inputs, which means they generate significant emissions.

The rapid decline in renewable energy costs, however, means zero-emissions green hydrogen is increasingly viable and is expected to replace fossil fuels in a range of industries, including steelmaking, energy storage, and even shipping.

But the leakage challenge means that rather than solving climate change, some green hydrogen projects could exacerbate it, says Dr. Neil Stacey, a researcher and lecturer at the University of the Witwatersrand in Johannesburg. In nearby Sasolburg, hydrogen has been produced for decades, although a switch to clean production methods is in the works.

Stacey tells Markets Group the extent of hydrogen leakages is not yet sufficiently understood, partly because there are no regulations or standards around reporting.

What is certain though is that leaks across the value chain – including at the point of electrolysis –significantly exceed gas leaks, he says.

A recent study by the Environmental Defense Fund found that green hydrogen applications with higher-end emission rates, of around 10%, would probably only cut climate impacts from fossil fuel technologies in half over the first two decades.

This, of course, “is far from the common perception that green hydrogen energy systems are climate neutral,” the study says.

Gjermund Grimsby, chief advisor on climate change at Norway's largest pension fund, KLP, agrees that the leakage issue is not yet understood and more work is needed. KLP is scaling up its clean energy portfolio.

“It is clearly important that the entire value chain related to new alternative fuels is efficient with respect to greenhouse gas emissions,” Grimsby tells Markets Group.

While transporting hydrogen is “beset with challenges,” there is now a huge amount of research and development going towards addressing this issue, says Josh Lowell, clean energy and climate manager at Ceres, a sustainability non-profit that works with investors.

Last year, steel giant ArcelorMittal announced that it had developed “a robust new steel” that can resist embrittlement and safely transport 100% hydrogen gas, for example. ArcelorMittal also launched an R&D project with the OCAS research centre in Belgium to define new grades of steel for pipelines used to transport hydrogen.

Although much still needs to be done to ensure the integrity of pipelines and other long-distance transportation mechanisms, the green hydrogen industry is set to advance in the meantime, driven by projects that use the fuel close to where it is produced, Lowell tells Markets Group.

He points to the Bipartisan Infrastructure Law, which includes $8 billion in spending on regional clean hydrogen hubs across the U.S.

“Things are moving in the right direction,” Lowell says.

Regulations will be critical

In a new report, the International Energy Agency (IEA) says effective regulation will be key if hydrogen is to play a meaningful role in mitigating climate change.

“Immediate action is needed to develop the necessary scientific evidence and tools to set effective policies and regulations,” the agency says.

The IEA says that if existing gas pipelines are ultimately repurposed for hydrogen, they will require thorough inspections, “an adjustment of the compression strategy” and new valves, among other things.

The agency also warns that the loading and unloading of pressurised or liquefied hydrogen in trucks, ships or storage tanks “present significant risks for leakage,” and this will need to be addressed if these applications go mainstream.

Stacey is of the view that hydrogen losses along the value chain mean it will most likely not be economically viable to transport the fuel long distances. As a result, ammonia is already emerging as a preferred carrier.

He expects green hydrogen to only prove viable in a handful of applications, including smelting, fertilizer production and steelmaking. Using it at or close to the source of production, and soon after it is made, will make the most sense.

"And while hydrogen may be viable for long-term, large-scale energy storage, there are competing technologies emerging that might outperform it,” he says.

Meanwhile, minimizing leaks at the point of electrolysis is doable but costly for small-scale operations, meaning regulations on leakage measurements will be necessary.

“The danger is that green hydrogen becomes a publicity stunt that merely exacerbates global warming, rather than a tightly monitored industry,” Stacey says. “There is a real risk that incentives in the sector could be very counterproductive.”

The recent claim by U.K. business secretary Jacob Rees-Mogg that hydrogen is a "silver bullet" for energy storage and heating homes is probably far-fetched, Stacey argues. And in any case, hydrogen has a "considerably lower efficiency than transmitting electricity for heating by heat pump". Further, existing gas pipes would be corroded by hydrogen, which would also pose fire risks to households.

Exclusive: What the Inflation Reduction Act Means for Investors, Energy and the Climate

‘No Returns from a Dead Planet:’ Temasek Chair’s Warning After Launching Climate Fund