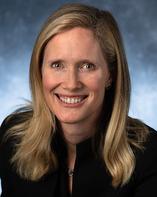 Trinity Church Wall Street is seeding a fund focused on helping to bring affordable and mixed-income housing to New York City – an effort that Chief Investment Officer Meredith Jenkins tells Markets Group marks a “first” for the New York Episcopal parish.
Trinity is committing $20 million to MSquared to launch the MSquared Affordable NYC Fund. New York-based MSquared was founded and is led by Alicia Glen, the former New York City deputy mayor for housing and economic development.
MSquared will use the fund to provide capital targeted to nonprofit and mission-driven developers to catalyze affordable and mixed-income development across the five boroughs. The hope is that by providing flexible, cost-effective capital the fund will enable more projects to advance. The MSquared Affordable NYC Fund also will look to target its capital to women- and minority-led enterprises.
“We have historically and continue to be willing to invest with managers early in their lives, including at Day 1,” said Jenkins. “But this is the first time that we have worked closely with a manager to put together a fund that will focus on opportunities that are very closely aligned with one of our strategic mission areas - in this case addressing affordable housing and homelessness in NYC.”
As of December 31, 2021, Trinity’s endowment was valued at approximately $7.2 billion. In existence for more than three centuries, Trinity has more than 1,200 members.
Jenkins added in a statement that “we believe in the MSquared mission, and we believe that MSquared has the expertise and experience to make New York City, and many other cities, more affordable. We hope this fund will encourage more investment in affordable housing in New York and beyond.”
Trinity is backing MSquared out of its mission investment program, Jenkins said. Established earlier this year with an initial commitment of up to $100 million over five years, the program is focused on investments made by foundations and mission-based organizations’ endowments that align with Trinity’s strategic pillars of racial justice, housing and homelessness and mission real estate in development in New York City.
The  church is also investing an undisclosed amount in MSquared’s Impact Partners Fund I, she said.
The Impact Partners Fund is one of two that MSquared manages. The other is the Equitable Housing Solutions Fund. Investors in the funds include Citibank, Goldman Sachs, Wells Fargo and Capricorn Investment Group.
In a statement, Glen said that “New York City desperately needs more affordable housing.”