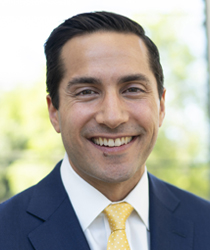 The California Public Employees’ Retirement System will begin searching for a new person to grow its private equity program – a program that Chief Investment Officer Nicole Musicco has identified as critical to the system’s future success.
Greg Ruiz, who joined CalPERS in May 2019 as managing investment director, private equity, is joining Jasper Ridge Partners as a partner in its private equity practice. In that role, he will help lead the firm’s investment talent and contribute to the expansion of its co-investment and direct private equity capabilities.
A CalPERS’ spokesperson tells Markets Group that it will begin recruiting for the position “soon.”
Based in Menlo Park, Jasper Ridge manages approximately $33 billion in assets. It provides customized investment solutions for families, foundations, and global institutions. The firm’s 20-person private equity and venture capital team deploys more than $2.5 billion annually in funds, co-investments, direct investments and secondary opportunities. The co-leader of Jasper Ridge’s private equity practice, Rick Hayes, joined the firm in 2004 after being the senior investment officer for CalPERS’ Alternative Investment Management team.
In a statement issued by CalPERS, Ruiz said, “it has truly been an honor to serve our beneficiaries and work hand in hand with our incredibly thoughtful and dedicated team to reorient CalPERS’ private equity program. In a statement issued by Jasper Ridge, Ruiz said he was “very excited to be joining a firm with an extensive private equity practice, that also values the importance of a customized approach to address specific client needs. He added that he was “grateful and eager for the opportunity to contribute to its mission and growth.”
Prior to CalPERS, Ruiz was a principal at Altamont Capital Partners. His background also includes roles with FFL Partners and Goldman Sachs.
In a statement, Musicco said that Ruiz “has helped CalPERS position our private equity program for long-term success. He restructured the portfolio, consistently deployed capital in our co-investment program resurrected under our CEO Marcie Frost and helped build a highly talented team of investors dedicated to the CalPERS mission. We believe a strong private equity program is a vital part of our ability to provide pension benefits for our members now and decades into the future.”
During his time at CalPERS, capital committed by the system’s private equity program grew by almost 300%. It was the system’s second-best performing asset class for the fiscal year ended June 30 at 21.3%. Real assets, which includes real estate and infrastructure, posted a 24.1% return.
In September, the program said it was on course to invest a record $17 billion in private equity in 2022 and would be seeking to commit $15 billion or more annually to stay at its 13% target allocation. The CalPERS’ board approved increasing its allocation to the sector to 13% from 8% a year ago.
As of June 30, CalPERS’ actual allocation to private equity was $52.8 billion, or 12% of its fund.
CalPERS is attempting to recover from a period between 2009 and 2018 when it averaged $2.7 billion annually in the asset class. In a presentation to the CalPERS’ investment committee, the period was labeled by Musicco as one when it had “persistent under-exposure to private equity relative to target allocation.” The system, in fact, estimates that this so-called “lost decade” of investing in private equity cost it more than $11 billion.
Musicco said at the meeting that the CalPERS private equity team – led by Ruiz – has “turned around” the program over the past few years. She said the team has done a “very good job at choosing partners who are real value creators.”
Musicco has said that CalPERS will seek to become more active as a co-investor – an effort she has said is key “to moving the needle” for the system.
Ruiz’s departure comes just before the CalPERS’ board was scheduled to vote on Musicco’s plan to expand the size of deals that she, Deputy CIO Dan Bienvenue and the managing investment directors for the various private equity segments can OK without board approval.
And while losing Ruiz, CalPERS announced the hiring of Anton Orlich as managing director for growth & innovation – a new position that will be responsible for development strategies and investment deals focused on higher growth, higher risk and reward opportunities. These opportunities include but are not limited to, growth equity and opportunities that do not fit within traditional asset classes. Orlich has been head of alternative investments at Kaiser Permanente.