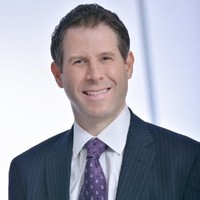 Brent Pasternack has left his role with the New York City Retirement System (NYCRS) to take a key role with Nomura.

Pasternack is now head of private credit research with the financial services firm. He spent three years at NYCRS as a senior investment officer – alternative credit.

As of June 30, the end of its fiscal year, NYCRS – comprised of the city’s five pension funds – had approximately $240 billion in assets. It reported a negative 8.65% return, which it said was above its benchmark. It did not, however, disclose what its benchmark was.

With Pasternack’s departure, NYCRS’ investment unit – formally known as the Bureau of Asset Management – now has 23 openings, including one other on its alternative credit team.

Among the other positions that BAM is seeking to fill is deputy CIO. Shaquana J. Chaneyfield, a deputy press secretary for Lander, said the position is one that has been open and has been reposted.