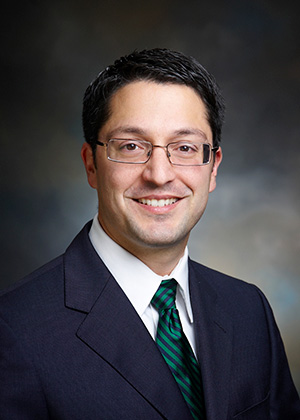 Carlos Rangel, chief investment officer of the W.K. Kellogg Foundation (WKKF), has been named to a first-of-its-kind committee that will advise U.S. Secretary of Treasury Janet Yellen and Deputy Secretary Wally Adeyemo on efforts to advance racial equity in the economy.

Rangel is one of the 25 inaugural members of the Treasury Advisory Committee on Racial Equity, which will be chaired by Michael Nutter, the former mayor of Philadelphia, who is now a professor at Columbia University. Felicia Wong, president and CEO of the Roosevelt Institute, will serve as vice-chair.

The committee will identify, monitor and review aspects of the domestic economy that have directly and indirectly resulted in unfavorable conditions for communities of color. It plans to address such topics as financial inclusion, access to capital, housing stability, federal supplier diversity, and economic development.

In a statement, Yellen said, “A critical piece of executing on our racial equity goals is bringing a wide set of outside perspectives and lived experiences to the decision-making table.” The committee with “wide-ranging backgrounds and expertise, will provide important insight and advice to leadership across the department to bolster and inform our equity efforts,” she added.

Rangel was named CIO of the $8.8 billion Kellogg Foundation in February 2021. He replaced Joel Wittenberg who retired after 11 years in the role. Rangel joined WKKF in 2010 as a portfolio manager. Prior to becoming CIO, he was director of investments and led its Expanding Equity initiative.

The Battle Creek, Mich., foundation was founded in 1930. Guided by the belief that all children should have an equal opportunity to thrive, WKKF works with communities to create conditions for vulnerable children so they can realize their full potential in school, work and life.