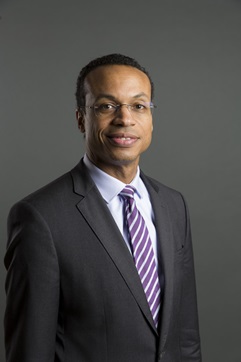 Seeking to beat its 6.9% actual return assumption, the Connecticut Retirement Plans and Trust Funds (CRPTF) has gotten the green light to ramp up its investing in private assets.

Under a new strategic asset allocation approved by the state’s Investment Advisory Council (IAC), CRPTF’s long-term target for private assets was increased to 42% from 29% while its public markets target was dropped from 71% to 58%. The plan will be phased in over the next five years.

The goal, according to a report prepared for the IAC’s September meeting, is that the portfolio will generate an annual return of 7.3%, besting the 6.9% goal. The two largest parts to the CRPTF – the Connecticut State Employees’ Retirement System (SERS) and the Connecticut Teachers Retirement System – were both significantly underfunded as of June 30, 2021. SERS had a funded ratio of 41.6%, while the Teachers fund was at 51.3%.

The new asset allocation plan – CRPTF’s first since 2018 – also comes as state Treasurer Shawn T. Wooden finishes his four-year term. Wooden, who as treasurer oversees the CRPTF, is not running for re-election.

In a prepared statement, Wooden said, “the CRPTF is well-positioned for risk-managed growth in the coming years” and “we remain focused on long-term goals and we’re continually evaluating a broad range of investment opportunities and potential partners who can help us execute on our vision. I’m confident that we’re in a solid position to ride out any remaining market volatility.”

For the fiscal year ended June 30, CRPTF reported a negative 7.8% return, lagging its policy benchmark by 0.3%. In a report, consultant Meketa said that while the funds had strong performance from private equity and private credit – 8.3% and 4.5%, respectively – an “overweight to domestic equity and an underweight to real assets detracted from relative performance.

As of June 30, CRPTF had 26% of its $41.7 billion in assets in private assets, which includes private equity, real estate, private credit, and infrastructure & natural resources.

Private equity currently accounts for 12% of the assets. Under the new plan, its long-term target will rise to 15% from 10%. Private credit’s long-term allocation target is doubling to 10% from 5%. CRPTF’s current allocation to the segment is 3%.

Infrastructure & natural resources, which has been part of the real estate segment, was assigned a 7% allocation target. CRPTF currently has 2% of its assets invested in the sector. Real estate has a 10% target, just above its current 9% allocation.

Among the changes implemented on the public markets side is that the TIPS segment will be eliminated as a distinct asset class category. Currently, CRPTF has a 5% allocation to the segment. Additionally, global equity – now at 43% – will decline to 37%.

Also at the IAC meeting, Wooden said he had committed $400 million to two firms investing in emerging or diverse managers.

The two mandates are part of the Connecticut Inclusive Initiative that Wooden launched in 2020. The program increased target allocations to emerging and diverse managers across all asset classes.
Also at the meeting, eight funds that Wooden is considering backing were presented.