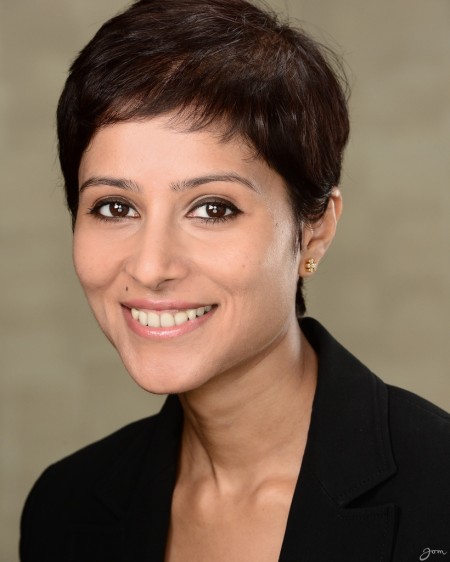 Australia’s superannuation industry has started to make progress when it comes to addressing the unique financial needs of women, but much more needs to be done, says Sangeeta Venkatesan, co-founder of FairVine Super and president of Women in Banking and Finance (WiBF).

“Superannuation is a product designed for people who have linear career trajectories,” Venkatesan tells Markets Group. “It doesn’t account for people who take time off to start families, and then come back to work part time, or as a contractor or gig worker.”

Women tend to live longer, meaning they require additional savings for retirement – yet they tend to fall behind in the accumulation of savings as they are more likely to take breaks in their careers to focus on starting families.

“The industry needs to move away from the one-size-fits-all model and redesign products for women, who have different career journeys than men,” says Venkatesan, who has held prominent roles at Goldman Sachs, Morgan Stanley, Lehman Brothers, Nomura, and Commonwealth Bank of Australia, among others.

In 2018, Venkatesan co-founded FairVine Super with the aim of addressing “the superannuation gender gap.”

FairVine – which has since been absorbed by another, undisclosed super fund – offered a savings “toolkit,” which includes a rewards program that allows members to earn up to 20% cashback – directly into their super accounts – when shopping at FairVine’s merchant partners across the country. Since women tend to do the majority of a household’s shopping, this helped to narrow the savings gap.

FairVine also allowed members to round up all card purchases to the nearest dollar, with the difference deposited into their super accounts, among other tools. To promote financial independence, the fund focused heavily on financial education and the simplicity of its offerings, Venkatesan says.

FairVine was well received by the market, having picked up a number of industry awards along the way.

Other established super funds are following suit, Venkatesan says. Some have launched financial education programs focused specifically on women, and many are introducing their own rewards schemes.

“I have greater confidence that larger super funds want to do more to bridge the gender gap, although we still have a long way to go,” she said.

Regulators are starting to introduce important reforms as well, having abolished the minimum requirements to qualify for superannuation contributions.

Linda Elkins, KPMG’s national sector lead for asset and wealth management, said at the time: “The paid parental leave scheme does not include super guarantee contributions, which, given women take most of the parental leave, simply means the income and super gaps are exacerbated… There will be a significant cost but this is a major impediment to equality.”

Regulators should also allow unused concessional contributions to be made for recipients of the scheme – without time limits.

“Concessional contributions made by employers to employees can be used for up to five years, but this then runs out, which disadvantages women who have taken time out to raise children,” Elkins says. “There is no good policy reason why this cannot be changed.”

KPMG also recommended amending the Sex Discrimination Act to ensure that employers can make higher superannuation payments for their female employees if they wish to do so.

“Employers might wish to make higher contributions to attract and reward talented female employees who have taken time out, but this would be in contravention of the Sex Discrimination Act,” Elkins says, adding that amending the Act would deliver significant benefits at no cost.

Meanwhile, in her role as president of WiBF, Venkatesan is working to boost diversity and inclusion across the broader financial services industry.

WiBF is a non-profit association aimed at increasing the representation of female leaders in the banking and finance sector. Its member organizations employ more than 200,000 individuals.

The association provides mentoring and coaching sessions as well as educational seminars for aspiring women leaders, and works with member organizations on leadership development programs.

Encouragingly, Venkatesan says corporates in Australia have “shifted from talk to action” when it comes to diversity.

“Banks are trying to hire more female leaders and are focusing on policies specifically for women, especially working mothers. There’s more focus on flexible working arrangements – thanks partly to COVID – as well as career development programs for women, the gender pay gap, and better representation on panels at events.”

Financial services groups including ANZ and Commonwealth Bank of Australia have launched return-to-work programs aimed at attracting women back into the industry after they have taken career breaks to focus on their families.

By improving diversity and inclusion, corporates will be better placed to attract and retain talent.

Having moved on from the world of global banking giants, Venkatesan has taken on roles at a number of smaller firms.

She is investment director at EGX, the investing arm of EG Funds Management, a property funds manager with AU$5.1 billion (US$3.5 billion) under management, and she serves on the boards of RSL LifeCare – a retirement village and aged-care home group – as well as CancerAid, a digital healthcare company that supports cancer patients and their families.

“My work in superannuation through FairVine Super got me excited about health and age-care due to the link between wealth accumulation, decumulation or retirement, and health. The sector is ripe for disruption.”

Venkatesan will be speaking at Markets Group's Private Wealth Australia Forum in Sydney on August 4.