What Deglobalization Means for Institutional Investors 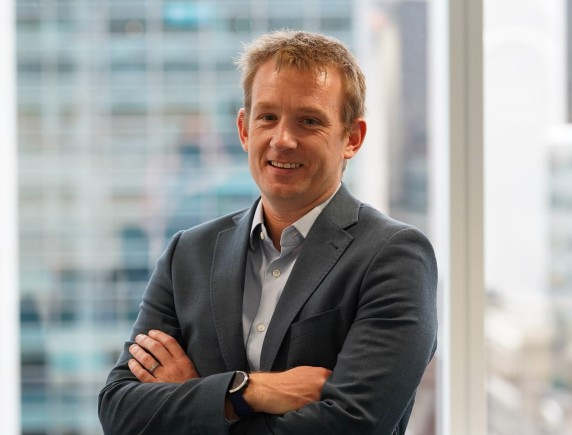 In the face of ongoing trade wars, geopolitical tensions and supply chain disruptions, there is a growing narrative that peak globalization is now behind us, and nations will once again prioritize local and regional supply chains. This marks a structural shift in the composition of the world economy – with long-term implications for institutional investors.

Even as globalization advanced over the past 30 years or so, diversification offered few benefits simply because the broadly rising bull market lifted most assets, Peters tells Markets Group.

“Almost everything paid off, especially from an Australian standpoint,” he says. But that is changing as the economic outlook “arguably grows darker” and supply chains are overhauled.

“As the world is going through a regime change, the concept of diversification becomes valuable – or even logical.”

With this in mind, Peters is encouraging clients to reduce their home bias and increase their offshore allocations, including towards emerging market assets, an area often ignored by private wealth investors in Australia.

“Clients often wish to invest as if the next 30 years are going to be like the last 30. I possess no edge to what the world looks like in the future, I’d argue no one does. But I would be very cautious to use recent history as a guide.”

In a recent report co-authored by Jean Boivin, head of the BlackRock Investment Institute, the world’s largest asset manager says the pandemic and the war in Ukraine “are accelerating geopolitical fragmentation” and the rewiring of supply chains.

“Think of ongoing sanctions on Russia, the push for energy security and efforts to diversify supply chains,” BlackRock says. “The war is driving the emergence of blocs, and we see U.S.-China tensions increasing.”

According to Citi Global Wealth Investments, this will benefit Southeast Asian economies – with opportunities for investors.

Regional economies stand to win more business as developed nations diversify their supply chains away from China, the investment unit says in a report co-authored by CIO David Bailin.

“Factory shutdowns and transport restrictions amid China’s lockdowns have highlighted the supply chain vulnerability that heavy reliance on China can cause, especially if Chinese policy becomes less predictable. Some parts suppliers to leading tech companies and electric vehicle makers, for example, are adding more capacity in Southeast Asia and India to mitigate China-related risks,” Bailin says.

Citi Global Wealth Investments says that in Southeast Asia, it favors investments linked to tourism, natural resources and “industrial diversification away from China.”

Similar opportunities abound in the Americas, according to PIMCO CIO Daniel Ivascyn.

As the U.S. seeks to reduce its reliance on China and adopt “more of a home bias,” new opportunities could emerge for suppliers in Latin America, Ivascyn said in a recent webinar.

Because of the realignment of supply chains, PIMCO believes there are opportunities to selectively invest in emerging market fixed income.

Economists in Africa, including at Standard Bank Group, say similar opportunities exist on the continent as the African Continental Free-Trade Area comes into effect and nations look to reduce their reliance on the outside world.

On the other hand, M&G Investments Southern Africa, a subsidiary of London-based M&G plc, flagged some potential “losers from deglobalization” in a recent research note.

The investment manager says emerging markets with smaller, more open economies that depend on exports and external financing – including many African and Latin American economies – could struggle in this new world.

“Equally, large multinational companies forced to move their supply chains to more expensive locations, or even back to their home market, would likely suffer from lower profit margins,” M&G says.

"Deglobalization will likely widen the gap between winners and losers, which can create opportunities for active investment managers,” she wrote in a research report. “Every cloud comes with a silver lining, and we can certainly see several in the current environment."

However, Vassalou cautioned that the reversal of globalization could lift inflation.

"Whereas globalization tended to reduce prices for goods and labor as capital flowed to the lowest-cost producers, a partial unwind would likely increase them, leading to potentially higher medium-term inflation than pre-2020."