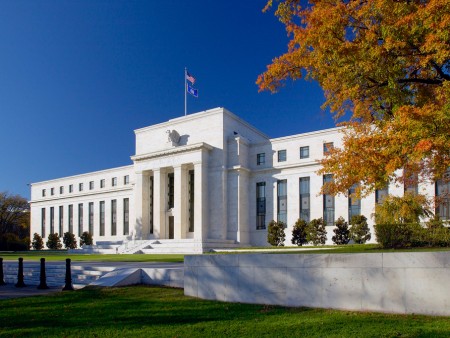 Pictet Wealth Management thinks the U.S. Federal Reserve could re-evaluate its rate hike path after its November meeting as the economy slows.

In September, the central bank increased the federal funds rate to a range of between 3% and 3.25%, and with inflation remaining stubbornly high, investors expect another 75-basis point hike in early November. That implies a mid-rate of 3.88%.

But after November’s Fed meeting, the outlook is growing less certain.

The market is pricing in a terminal rate of around 4.9% by March 2023, according to Pictet Wealth Management, which believes that is too high.

“We think the Fed will broaden its horizons,” it said in a research note. “The Fed could re-evaluate the impact of likely weakening momentum in the labor market and deteriorating market liquidity – so a pause in rate hikes in December is possible if the economic data deteriorates sharply while financial conditions tighten further.”

For now, the Swiss wealth manager says, the Fed probably intends to continue tightening policy at its December meeting in the belief that a “soft landing” is achievable.

“But recent [labor]-market signals point to some weakening that could be more apparent in actual hiring data by December: job openings have started to tumble, and the quit rate has dropped. Also, wage growth is starting to moderate.”

Persistently high rental inflation is driving the consumer price inflation figure, but it tends to lag home prices, which have started to drop.

“We continue to think that inflation will slow in coming months, driven by goods first, and then services.”

And considering the increased focus on the gloomier economic backdrop, the outcome of the Fed’s meeting in December “is much more open than widely believed.”

The Pictet group has $767 billion under management and custody, including wealth and asset management.