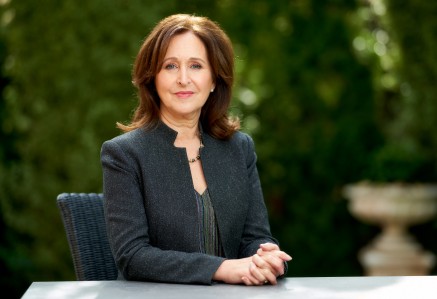 With close to 1 million members – more than 80% of whom are women – HESTA founded the 40:40 Vision initiative two years ago. Since then, 29 companies have signed on, including financial services group ANZ and mining group BHP.

The signatories commit to achieving a balance of 40% women, 40% men and 20% “any gender” in their executive leadership teams by 2030.

HESTA, which has AU$68 billion (US$47 billion) in assets, says there is evidence that improved gender diversity leads to better decision-making and stronger long-term company performance – and hence also investment returns.

Blakey recently spoke to Markets Group about the importance of gender diversity and the 40:40 Vision initiative she chairs.

Markets Group: Why is it necessary to ensure gender equality in executive leadership teams?

Debby Blakey: We see lack of gender diversity in leadership as a financial risk – companies that fail to consider 50% of the population for leadership positions risk missing out on the best people and the performance of the organization will eventually suffer.

There is a growing body of evidence that better gender balance in leadership is not only fairer but also smart business – better performance, better profits and better corporate governance – and this creates long-term value for shareholders.

We’ve recently learned at HESTA just how important gender diversity is for many jobseekers too – particularly Gen Z women. Analysis of Seek's “Laws of Attraction” data show that when focusing on company reputation as a driver of attraction, “women in leadership” ranks highly, with nearly two in five saying it’s a “must have” that differentiates potential employers.

Diversity is becoming a competitive edge; people view a company with gender diversity as future-focused, and not one stuck in the past when it comes to what makes a great leader.

And our members will benefit from stronger long-term performance of their super investments, greater opportunities from fairer and more inclusive workplaces, and better retirement outcomes.

MG: How is HESTA itself doing in terms of gender balance in its executive leadership team?

Our approach to gender diversity is firmly based on our mission to make a real difference to our members’ retirement outcomes. As an employer, we’ve long seen the benefit of diversity in building high-performing teams and a strong organization. As a large institutional investor, diversity at both board and senior management levels is an accurate indicator of a well-run company that’s more likely to deliver long-term value to shareholders and better long-terms returns for our members.

MG: Does HESTA use its voting rights to promote gender diversity?

DB: Using active ownership, we engage with companies to raise the importance of workforce diversity and, ultimately, we may vote against boards when we believe a company has failed to ensure it has a gender diverse membership.

DB: Launched in October 2020, 40:40 Vision is an initiative led by HESTA, and supported by industry partners, to see structural change in corporate Australia by encouraging ASX300 companies to set medium- and long-term targets for their executive leadership teams, with a pledge to achieve gender balance by 2030.

Setting targets is so important; research shows that organizations that set quantitative composition targets for executive leadership are more likely to achieve balanced representation of men and women at the executive level.

MG: Who has joined the 40:40 Vision initiative?

DB: There are 29 current signatories – those companies who’ve publicly committed to achieving 40% male, 40% female and 20% “other” in their executive teams by 2030. We want to set the bar high and our ambition is to have all ASX300 companies shift from talking about improving gender equality to backing that with measurable action.

MG: How much progress has been made to date?

DB: Progress needs to accelerate. Part of the challenge is too few women in line roles, resulting in an insufficient pipeline of talent to increase the proportion of female CEOs and executive leaders. Data from Chief Executive Women 2022 Census shows around two-thirds of ASX300 companies and around half of ASX100 companies have no women in line roles. Further exacerbating the problem, there has been no improvement year on year in the number of women CEOs within the ASX300, which still stands at just 18. And of the 28 CEO appointments, only four were women.

Setting gender targets, making a public plan for how they will meet those targets and reporting annually on their progress are some of the ways companies can make gender diversity a priority. The time for rhetoric about gender balance is over. Companies need to make material changes to the way they build their executive teams and run their businesses.

MG: Considering that the gender pay gap still exists, how does this affect retirement outcomes?

DB: Women, particularly those working in health and community services, often work in part-time or casual roles and are often lower paid. This perpetuates the gender pay gap, ultimately leaving them with less money in super.

Women face overlapping barriers to their full participation in work and society. Women have so much skill and productivity to offer Australia’s economy, and it’s well past time we better valued and supported their contributions.