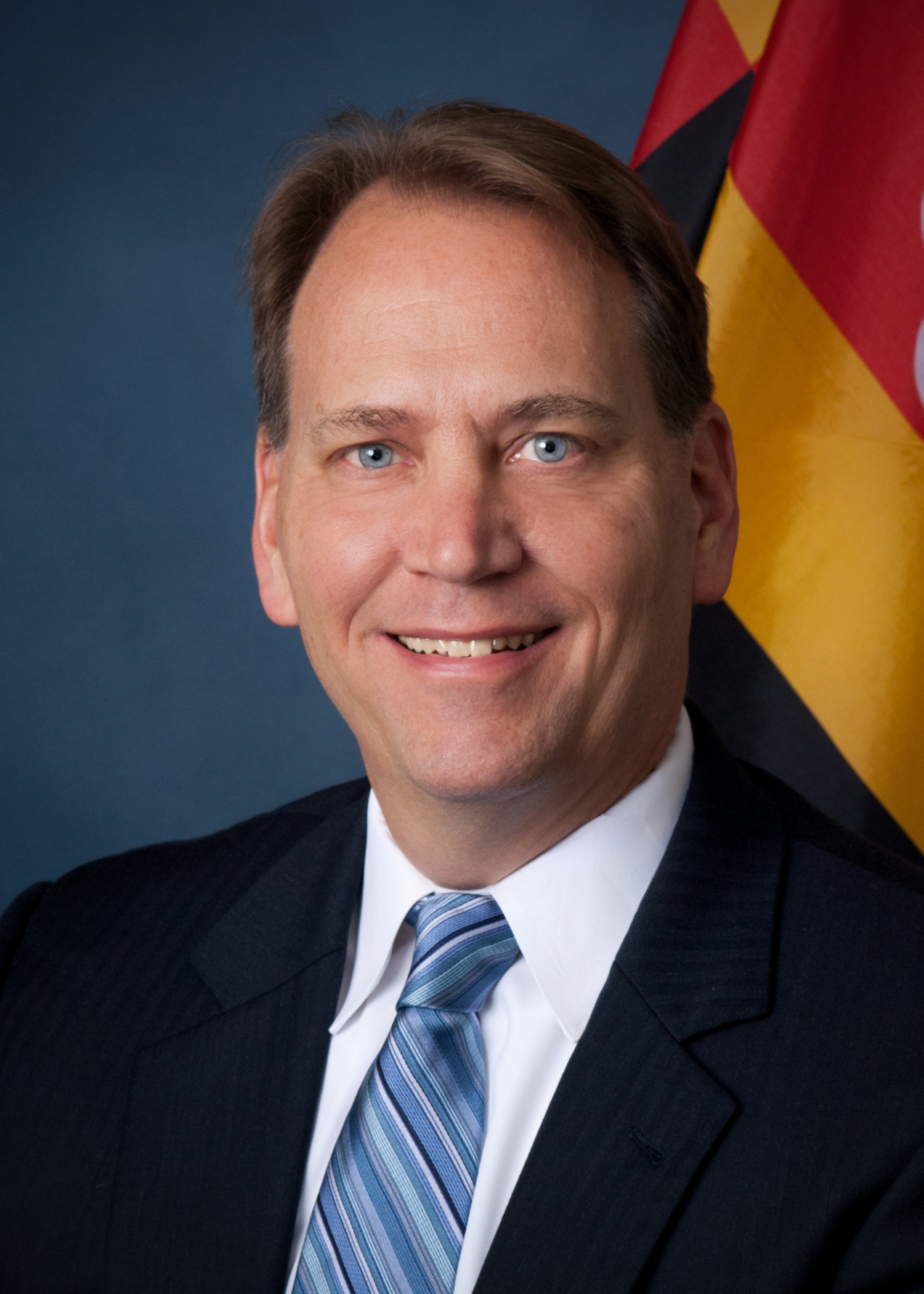 At the Maryland State Retirement and Pension System’s Investment Committee meeting last week, for example, Chief Investment Officer Andrew Palmer said the strengthening U.S. dollar translated to a$100 million gain due to currency hedging in the first quarter of the year.

Maryland SRPS has been hedging currency risk using a currency overlay program since 2009, he said, and the executing on hedges has demanded consistent expertise and trusted partners since the program’s inception.

“We work with a manager, Record Currency Management, which has a dynamic hedging product for developed market currencies,” Palmer told Markets Group in an email. “The program is designed to progressively hedge currency risk as the dollar strengthens and have no currency hedges when the dollar is weakening.”

According to an annual report from 2021, Maryland SRPS held a7.1% allocation – approximately $4.8 billion out of $67 billion in total assets– in international equities protected by the currency overlay program at the end of June. The weakening of the U.S. dollar in the second half of 2020 and the first half of 2021 caused the fund to incur a cost of $8.5 million due to the currency overlay program, Maryland SRPS reported.

But the currency program coupled with the fund’s international equities allocation returned 37.2% or roughly 3.6 percentage points over the allocation’s benchmark, the MSCI World ex-U.S. Index (33.6%)for the fiscal year ended June 2021.

And most recently, the relative strengthening of the dollar coupled with the currency overlay program translated to a $100 million gain for Maryland SRPS in the first quarter of 2022.

While the strengthening of the dollar has translated to positive returns for some investors, the longevity of the currency’s rally remains largely uncertain.

And perhaps just as important as the rally in the dollar, three months after the start of the war in the Ukraine, the Russian ruble continues to appreciate. And the realignment of economics due to the conflict in Eastern Europe paint a picture that remains much more difficult to piece together.

Divesting out of Russia due to the federation’s war in the Ukraine meant realizing accentuated losses for U.S. and European investors in the first and second quarter of 2022.

Shortly after Russia recognized two independent states in Eastern Ukraine and its military entered the Donbass region, investors in the U.S., Europe and Australia began exiting positions in Russia as a show of dissent to the country’s operation in the Ukraine. As capital continued to leave the country – to the extent that trading in the Moscow Exchange was suspended for several weeks – the exchange rate for the ruble plummeted.

But things look vastly different just three months after what appeared like the imminent collapse of the Russian currency and economy. And the rebound in the exchange rate for rubles to pre-conflict levels – and even pre-pandemic levels – means divestors from Russia with unhedged exposure to the exchange rate realized severe losses.

“Traditionally, the currency [volatility] is about half of the [ developed market] equity volatility… and you clearly see that it is a bigger component of a fixed income investment because the return expectations are lower,” Carl Mastroianni, a senior product specialist at Insight Investment told Markets Groups. “Initially, when Russia invaded Ukraine, if you were translating that back at 110 RUB/USD at the time, from something of the order of 65 or 70 RUB/USD, that would have been a tremendous loss from a currency perspective; not to mention the capital loss associated with any local asset investments.”

Mastroianni said currency devaluation environments occur in emerging markets, and a tendency of U.S. investors to forego currency hedging probably left many investors exposed to the decline of the exchange rate in the ruble in addition to the decline in market values for Russian securities as a result of the sell off.

The MOEX Russia Index fell over 1,580 points from February16 to February 24. And given the majority of owners of stocks traded in the Moscow Exchange are from the United States (35.9%), United Kingdom (9.4%), France(6.2%), Canada (3%) and Sweden (2.6%), divestment en masse during a time of significant currency devaluation meant a severe loss for both divestors and the Russian economy.

Mastroianni said hedging currency risk in the form of derivatives as part of a formalized currency hedging strategy can allow investors to capture the upside of the currency risk while mitigating some of the downside risk of translating non-U.S. currencies to dollars.

Active currency hedging programs that involve forwards can also have a positive effect on overall international asset returns in times of strengthening foreign currencies much like the current rally in the US Dollar, he said.

“People do forwards – and that's what we predominantly use and that's what institutional investors in our client base over the years have tended to use – [because] you don't need to put up any [capital] to open a forward contract,” Mastroianni said. “These are bilateral contracts between one party and a counterparty on behalf of a client, but you do have to have the cash to settle the profit and the loss on those contracts.”

While the Kremlin’s attempts to stabilize the Russian economy were nearly thwarted when central banks in the West froze approximately$600 billion in foreign currency reserves, the exchange rate for rubles to dollars has rallied to pre-invasion levels.

And as the exchange rates for both dollars and rubles continue to strengthen, Mastroianni argues a currency hedging strategy may be able to deliver more favorable risk-adjusted returns when compared to unhedged positions in other non-dollar economies, he said.

While the jury is still out on how the mass exodus of capital will affect the overall economy in Europe and the emerging markets, U.S. pension funds and officials have remained eager to divest from Russia.

Forbes reported in March that as many as 12 states, including California and New York, may be taking legislative or regulatory action to divest public pension funds from Russian assets.

And while some laud the goal to divest from Russia, the reality of these actions, and the lack of uniformity across the globe, will present a much more complicated reality, according to Eric Newman, a trustee and a member of the advisory committee for Stamford’s Classified Employees Retirement Fund.

“The [global] GDP is 42% coming out of emerging markets, yet U.S. investors exposure to emerging markets is less than 5%,” Newman said. “They have growing populations and high-growth GDP – much higher than us, developed Europe and developed Asia.

“The emerging markets is where the growth is in the future,” he said. “Obviously, in the short term, there’s more volatility but longer term, you're definitely going to have more growth coming out of the emerging markets.”

CERF has a 10% allocation to emerging market equity funds and hedges currency risk at the equity fund level. The fund reported a nominal return of approximately 32% for the fiscal year ended June 2021. However, Newman says inflation-adjusted returns continue to be a challenge, particularly for the fund’s fixed income allocation.

As prices continue to increase, Newman said the fund may increase its allocations in defensive and value stocks as well as real estate.

And outside of international politics and inflation, changes to the labor market due to the COVID-19 pandemic and measures meant to stop its spread are still reverberating throughout the public pension funds.

“Our funds did very well during COVID,” Newman said. “Having the support of central banks and our own Fed and different low-interest rate stimulus programs did help with the recovery.

“The downside is people got sick, 1 million people lost their lives from [COVID] in the U.S. and more than 7 million globally. And, going forward, that's definitely going to have an impact on retiree payments.”

She resigned her position as deputy executive director July 1.