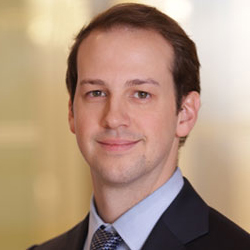 Mark Sinni has been promoted to deputy chief investment officer of the YMCA Retirement Fund.

Hunter Reisner, the $8.7 billion fund’s CIO, tells Markets Group that the move is “in recognition of how terrific Mark has been across the portfolio and the important role Mark has played and will continue to play in our investment organization.”

Sinni has been with the YMCA Retirement Fund since 2013. In his role as a senior managing director, he has been involved in crafting strategic asset allocation, overseeing several parts of the portfolio, and selecting managers and strategies across multiple asset classes. He led the team’s efforts across marketable strategies, including public equities, a variety of hedge fund strategies, fixed income, and certain special situations.

Mike Cefole, who is the fund’s chief financial officer, is serving as interim CEO following the retirement in June of Scott Dolfi.