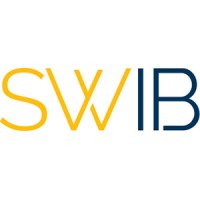 In a move that may lead some public pension funds to evaluate their own investment policies, the State of Wisconsin Investment Board (SWIB) is no longer required to use external consultants when considering investing in new private equity, real estate or hedge funds.

Previously, SWIB’s Private Markets and Funds Alpha (PMFA) division could not invest in a new fund unless it was affirmatively recommended by consultants, a policy followed by most – if not all – public pension plans. Most pension plans are allowed by their investment policies to back funds of existing managers without consultant approval.

SWIB’s investment division had been allowed to invest in new funds with managers that it had a relationship with, without consultant approval. The one exception was hedge funds, where SWIB was required to obtain an additional recommendation from the consultant for additional subscriptions to existing funds of $50 million or 30% of the current investment (whichever is less). Under the new guidelines, such consultant approval is no longer required.

SWIB’s Investment Committee approved the changes at its June meeting, but word of the alteration to its investment guidelines did not emerge until the minutes of the meeting were released prior to SWIB’s September board meeting.

Despite the move, Anne-Marie Fink, SWIB’s PMFA chief investment officer, said at that same June meeting that despite the committee’s decision to remove the external consultant recommendation from the guidelines, the PMFA division does not currently intend to stop working with consultants. She added, according to the meeting’s minutes, that PMFA will continue doing so where it is beneficial, while also focusing on leveraging staff’s internal capabilities and expertise.

Fink did not respond to a request for additional comment and a SWIB spokesperson did not have an immediate response to what prompted SWIB’s investment committee to make the change – especially if PMFA intends to still use consultants.

It is worth noting that at a December meeting of the investment committee, Fink, according to minutes, said that the PMFA division is “focusing on developing its own top-down views and decreasing reliance on external consultants.”

The SWIB spokesperson also did not immediately have details on how much SWIB spends annually on consultants for its private equity, real estate and hedge fund programs.

According to materials included in its March investment committee meeting, SWIB spent $10.5 million during the fourth quarter of 2021 on consultants, including $356,000 to StepStone Group for private equity and real estate consultation and $193,750 to Aksia LLC for hedge fund consultation.

Because of the potential to both save money and time, public plans have from time to time raised the idea of not using consultants and relying strictly on their internal investment teams to consider new investments.

For instance, in June, a member of the Washington State Investment Board’s (WSIB) Private Markets Committee questioned whether an external consultant for tangible asset investing was needed given the size and expertise of the WSIB investment team.

The WSIB board ultimately voted to approve consultants for the program, but Chris Phillips, WSIB’s director of institutional relations and public affairs, said that the system has had discussions “about the role and value of consultants.” Phillips said that WSIB’s staff “typically discusses this periodically, especially when contracts for consulting services are being considered for renewal.”

It is, he said, “always a fair consideration,” but that WSIB is “not changing anything that will affect or change the way in which our team engages with consultants. Their services remain part of our due diligence and research processes.”


In addition to altering the policy related to consultants, the Wisconsin State Investment Board Investment Committee also cleared the pension plan to invest in exchange-traded notes (ETNs), increased the total exposure limit for below-investment grade issues in the mortgage-backed securities portfolio from 15% to 20%, and removed the limitation that no more than 2% of the Core Retirement Trust may be invested in venture capital.