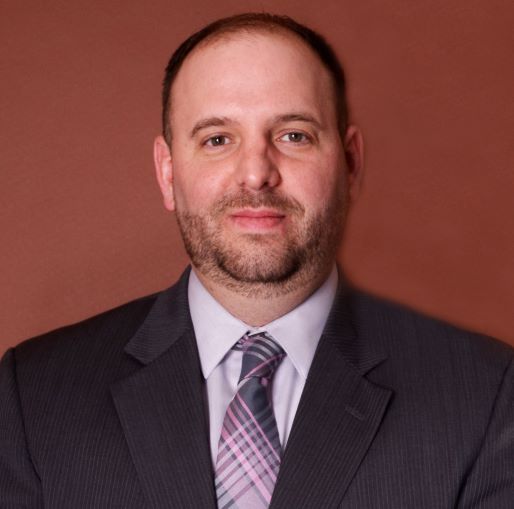 But as the secondary market for such assets becomes larger and more efficient, some are beginning to wonder if that view should change. There is, after all, $227 billion of capital available for secondary transactions, according to investment bank Jefferies’ First Half 2022 Global Secondary Market Review. And secondary firms, said Jefferies, are on course to raise $80 billion in 2022 – a year after raising a record $105 billion.

Wilshire Associates, for one, has had internal discussions about whether having a zero sum illiquidity figure for private markets is still true, said Shawn Quinn, a managing director with the investment advisory firm.

“Is there still illiquidity in private markets given how robust the secondary markets are?” he asked.
Investors currently are selling private market assets at roughly a 10% discount to net asset value (NAV) to secondary buyers. But maybe, theorized Quinn, it is time for investors to embrace the idea that they “are going to get some type of liquidity from private markets,” even, if say, it was 70 cents on the dollar.
The fact that an institutional consultant is voicing such a view is significant because, as one chief investment officer put it, “many of these ideas start with the consultants and trickle down to the client.”

Andy Nick, a managing director with Jefferies Private Capital Advisory Group, said that private markets “are certainly much less liquid than they were a decade ago. While the process to sell interests in private equity funds is still bespoke and takes a number of months on average, buyers [are] willing to bid on almost any fund interest out there, and investors no longer need to view a fund commitment as a 10-plus year investment.”

As a result, says Nick, who represents secondary sellers, “the secondary market’s maturation means that LPs can generate timely liquidity from their private markets portfolios, regardless of public market declines or a slowing pace of distribution.”

Iyobosa Adeghe, a principal with secondary firm Coller Capital, said the “secondary market is growing quickly, but still only accounts for a small proportion of primary private markets. We aren’t yet at the stage of calling private markets ‘liquid assets,’ but we are heading in that direction.”

Jonathan Grabel, who is CIO of the Los Angeles County Employees Retirement Association (LACERA), describes the secondary market as a “good tool for our portfolio.” The $72.8 billion pension plan has been both a seller – it unloaded nearly 70 fund stakes in 2018 – and a buyer – over the past year, it acquired stakes in two farmland funds.

Grabel said there is an increase in the scale and breadth of secondary transactions. While an underlying investment “may be illiquid or may not trade in a public market, but the added liquidity in secondary markets may provide sufficient capital for that investment to trade at near or even above carrying value.” As a result, secondary markets are a viable portfolio construction and/or rebalancing tool.

Shoaib Khan, director and CIO of the New Jersey Division of Investment, agrees that secondary markets are “significantly larger, deeper, and more robust as compared to just a few years ago, thereby presenting investors with greater liquidity options.” He also said that he personally views secondary markets “as an extension of the universe of investment platforms or avenues available to investors and meaningful enhancement of such options can be very positive in matching demand and supply, albeit at a cost for liquidity seekers.”

However, he said, “we continue to view private markets as illiquid, albeit the level of illiquidity varies depending on specific asset classes and strategies. With primary commitments being made for multi-year time horizons and discounts in the secondary markets such that the impact on performance can be meaningful, it is challenging to consider private market investments as liquid.”

Thus, said Kahn, he does anticipate making the argument that private markets are less illiquid to the New Jersey State Investment Council “any time soon.”

Several other CIOs, who did not want to be identified, concurred with Khan, in part because of pricing.
“I could not consider private equity to be liquid if it featured a secondary market where assets trade at significant discounts to NAV,” said one CIO.

Another CIO said that the idea of assuming private market assets would trade no lower than 70% or 80% of NAV “is too much of a generalization.” He said that the price “very much depends on the prevailing appetite for such assets based on supply and demand factors, and the cash flow and risk information teased out during due diligence.”

As a result, he too said he would not be able to bring to his board any generalized statement about asset pricing and valuation “because such assets are unique, unlike public, liquid assets which are uniform and have a regulated market on which they are traded.”

Another reason why some investors might struggle to see private markets as “liquid” are the high transaction costs for a secondary sale – often in the 10% to 15% range.

“That is much too high for privates to be considered a liquid market,” said another CIO. “There is, for sure, a lot of dollars trying to get into the private space to hit return targets. Maybe that will cut transaction costs to somewhere below 10%.”

What no one questions, though, is that the secondary sector is clearly growing.

In 2021, global secondary volume was $132 billion, with limited partners selling stakes accounting for $64 billion of that figure. The other $68 billion, said Jefferies, was tied to general partners raising so-called continuation funds. These funds enable them to continue to work with older companies while providing liquidity to LPs.

And the capital in the secondary sector is expected to grow. A segment that was long dominated by a few firms – Coller, Lexington Partners and Landmark Partners – is increasingly attracting interest from large financial players.

J.P. Morgan Global Alternatives, for example, recently brought aboard Andrew Carter from Tikehau Capital to lead its private credit secondaries business and Tim Henn from Portfolio Advisors to be a lead portfolio manager for secondaries within its private equity group.

In a statement, Anton Pil, head of alternatives at J.P. Morgan Global Alternatives, said the recruitment of Carter and Henn “reflects the opportunity we see in secondaries across private equity and private credit markets.”

Apollo Global Management Inc., meanwhile, received a “cornerstone commitment” from Abu Dhabi Investment Authority (ADIA) as part of $4 billion in new commitments to launch a platform dedicated to sponsor and secondary solutions. Jim Zelter, Apollo’s president, said on the firm’s second quarter earnings call that Apollo’s goal is to “provide a comprehensive set of secondary and fund finance capital solutions, including private equity, credit and real asset secondary investments.” The firm, he said, has already committed or deployed more than $13 billion to such transactions over the past 12 months.
Blackstone, meanwhile, is raising what would be the largest-ever secondary fund at $20 billion.

During his firm’s second-quarter earnings call, Jonathan Gray, Blackstone’s president and chief operating officer, said it sees a “mismatch” between “how dramatically the alternative space has grown” and the little amount of capital available for secondaries.

Calling it a “special business that will scale over time,” Gray said Blackstone may eventually launch a secondary vehicle for retail investors as well.

Additionally, institutional investors themselves are getting more interested in being secondary acquirers. Earlier this year, the Washington State Investment Board’s staff was given broader authority by the WSIB Private Markets Committee to pursue secondary market opportunities as a portion of the team’s annual plan. To date, the staff has not reported any secondary sales to the board, said Chris Phillips, WSIB’s director of institutional relations and public affairs.

Jefferies’ Nick said that institutions have become more active as buyers of secondary stakes over the past dozen years. Often focused on funds of managers they know or strategies such as energy or real estate or credit, LPs “are playing a more important role” in the sector, he said.

Such activity has Coller estimating that secondary market volume will reach $500 billion annually by 2030, said Adeghe, who added that some market commentors are even forecasting that figure could reach $1 trillion.

That, in turn, has led many to sell fund stakes in a market that is clearly not as strong as it was in 2021. According to information from Jefferies, LP secondaries during the first half of the year sold on average at 86% of NAV. That’s down from 92% at the end of 2021. Within that, buyout stakes fell from 97% to 91% while venture capital tumbled from 88% of NAV at the end of 2021 to 71% during the first half of 2022.

More LPs may, in fact, find themselves looking to sell over the next month as they get a view of their managers’ June 30 numbers. With reporting on private funds lagging a quarter behind other assets, institutional investors have largely seen how their managers did in 2021 – rather than during the far-more-difficult 2022. The June numbers would, in theory, provide them with a more realistic view of their portfolio.

Quinn of Wilshire said that the June numbers “could be a factor” in LPs deciding to sell, but he also said that institutions over the past five years have been “more active” in portfolio management. That, in turn, has led some to sell off “legacy” assets, older funds that are managed by firms that institutions have not subsequently backed. They also, said Quinn, may become sellers because of the surge in continuation funds being formed by their general partners.

Coller’s Adeghe said the “majority” of LP secondary sales during the first half of the year were for “rebalancing” purposes as institutions sought to be a “little bit more tactical” with their portfolios.