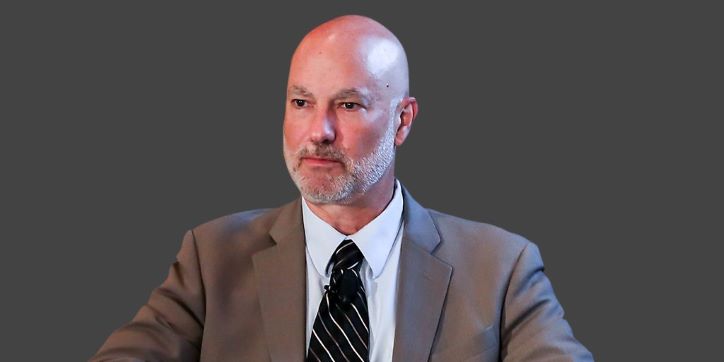 When Bob Jacksha arrived as chief investment officer of the New Mexico Educational Retirement Board (ERB) in 2007, the system’s alternative asset program consisted, he said, “of almost nothing, a couple of private equity funds, some hedge fund of funds and an allocation to a REIT, if you want to call that an alternative.”

Today, 14 years later, alternatives not only account for 52% of ERB’s portfolio, but also enabled the $15.5 billion pension plan to achieve a significant accomplishment: Report a positive return of 1% during the difficult 2021-22 fiscal year. ERB saw a 22% return from private equity, 35% from real estate and 18% from real assets, which consists of such things as infrastructure, energy and agriculture.

“The reason we had a positive number for the year was because of private assets,” said Jacksha.

ERB was not alone. A common denominator among the few public pension funds that have reported positive results for the fiscal year ending June 30 is that they had sizable allocations to private markets, including private equity, real estate, private credit, infrastructure, and hedging strategies.

“Those with higher allocations to private equity and private assets in general – credit and real estate – generally did better than those with lower allocations,” said Mark Brubaker, a managing director and senior consultant with institutional adviser Verus.

Thomas Toth, a managing director with another adviser, Wilshire Advisors, concurred, pointing to the fact that some pension funds saw private equity returns that were often 35% or more greater than their public market returns. One big contributing factor to this is that private equity returns lag by a quarter. Thus, there PE numbers were through March while their public assets were through June 30.

A case in point is OPERF, which has reported the highest return to date of the public pension funds at 6.32%. It reached that number by producing gains of 29.6% in real estate, 24.2% in private equity, 23.1% in real assets and 17% in diversifying strategies. Those results more than offset negative returns of 13.36% in stocks, 12.5% in risk parity and 9% in fixed income.

Despite the overallocation aiding its returns, OPERF’s staff is “actively looking to reduce private equity exposure,” according to a note in materials submitted for the September meeting of the Oregon Investment Council. OPERF, however, said the process “will take some time given the illiquid nature of the asset class.”

Just how OPERF is intending to do that was not explained in either the materials or at the meeting and a spokeswoman did not return messages.

Many pension funds have ended up overallocated to private equity, in part, because of the success of their programs. Those who are overallocated are generally looking to reduce their holdings by slowing their investing pace – not secondary sales of fund stakes, Brubaker said.

New Mexico Educational Retirement Board fits this example to a T. The system had a 22.7% allocation to private equity at the end of June, well above its 15% target. That, in turn, pushed its allocation to alternatives to 51.9%. Its target is 44%.

ERB’s Jacksha said the system was overweight to private equity “not really because of our commitments, but because of how much it organically grew.” He said it “grew a lot more than we expected, much more than we had paced for.”

As a result, ERB, he said, is slowing its pacing “a bit,” reducing the amounts that it might normally invest in funds from $100 million to $50 million or $75 million. It will not be looking to utilize the secondary market as “you usually are selling at a discount, and I’d rather be a buyer with a discount rather than a seller,” said Jacksha.

He also expects the reduction to “unfortunately take care of itself as things get valued down a bit and as hopefully, we have some more distributions.”

The fact that Jacksha is speaking about pacing and overallocation to private equity is a far cry from what the program looked like 15 years ago. ERB, he said, benefitted in part from being able to build its program in the aftermath of the Great Financial Crisis.

“You could pick whatever you wanted,” he said. “You could really negotiate terms. You could get your allocation. These days, it’s tougher with all of those things. Managers have plenty of interest.”

Another public pension fund that benefitted from being overallocated to private equity is MainePERS. It reported a preliminary return of 3.3%, which CIO James Bennett told Markets Group is a “statistical artifact related to our large allocation to private market assets, which are reported with a quarter lag.”

MainePERS has 20% of its assets in private equity, but that figure is set to decline. In May, the $18.6 billion system moved to reduce its private equity target to 12.5% from 15%. Bennett told the MainePERS board that it will take “several years” for it to reach its new targets for private equity.

LACERA, which had an 0.1% return, also benefitted from private equity as the portfolio generated a 30.2% return. However, the fund’s chief investment officer, Jonathan Grabel, tells Markets Group that a key reason for the positive result was LACERA’s strategic asset allocation, which he said, “has a built-in recognition that no single period is determinative of our long-term success, but rather that we must produce optimal returns across various measures of risk for the long run.”

Grabel, however, added that strategic asset allocation “cannot be a passive implementation exercise, however; so we try to consider all factors that can influence performance, from our investment model to asset managers’ organizations to fees and terms.” He said that “in a dynamic and evolving market environment, we remain committed to a holistic approach and striving for continuous improvement to position the portfolio to deliver requisite returns across multiple investment environments and time horizons.”

The executive director of the HIERS, Thomas “Thom” Williams, provided Markets Group with similar thoughts about his system’s 3.7% fiscal year return. Because while private growth, essentially private equity, generated the system’s best return at 29.6%, he said the seeds for what occurred during the fiscal year were in a sense planted some 10 years ago.

HIERS, said Williams, began implementing its “risk mitigation strategy” about a decade ago and continuously refined it “so as to maintain our downside protection while allowing for improved upside capture.” As a result, he said, “our portfolio performed just as it was designed to, not only during this most recent period of volatility, but even prior periods of deep and protracted downturn.”

HIERS’ results came as Elizabeth Burton wound down her four-year run as CIO of the $21.9 billon system. Burton was unavailable to comment on the results, having just started a new role as a managing director with Goldman Sachs Asset Management.

Another pension system that generated a positive return that will have a new CIO when its 2022-23 results are announced is the Virginia Retirement System. It reported a 0.6% return. Ronald D. Schmitz is retiring later this year after 11 years as CIO. He will be replaced by Andrew Junkin, who was previously the State of Rhode Island’s CIO.

In a prepared statement, Schmitz said that VRS registered a positive return by following the pension fund’s “long-term strategy of diversification while taking advantage of strong private markets.”
During the fiscal year, private equity returned 27.4%, real assets 21.7% and private investment partnerships 17%. That offset a negative 14.8% from its public equity program and a negative 10.6% from its fixed income program.

What impact private equity will have on 22-23 returns remains to be seen, but Wilshire’s Toth is among those who expect private equity and other private assets to fall a bit from their lofty heights.

“I would expect a softening of private asset results as valuations follow the similar trajectory of public assets,” he said. If public valuations are down 20%, he expects private market valuations to fall 5% or perhaps as much as 10%. Toth said that the biggest declines will come from private assets linked to the public markets – such as tech companies that pulled their initial public offerings.


“If there’s a good comp in valuations, we might see more aggressive markdowns,” he said.
The returns that public pension funds generated were clearly far below what they produced in 2020-21 – which, in part, made what those who generated positive returns more significant.
“Happy to escape,” said ERB’s Jacksha. “Happy to escape with a small positive number.”