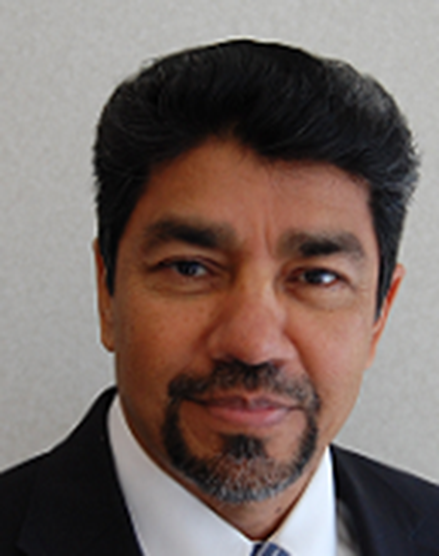 As chief investment officer of the School Employees Retirement System of Ohio, Farouki Majeed would have preferred that the system had produced a positive result for the 2021-22 fiscal year.

SERS, after all, had not shown a loss during his 10 years as CIO. But Majeed is taking solace in how the negative 0.5% that SERS recorded for the year ended June 30 stacked up against its benchmark and its peers.

“I’m obviously not happy to see that negative number,” he said. “But compared to our benchmark policy of negative 3.6%, we had a very strong outperformance of 3.1%. I have not had that level of outperformance in a single year. So even though the return is slightly negative, from my point of view, the portfolio performance was very strong because it was much higher than the benchmark return.”

Additionally, SERS’ return far exceeded the median return of negative 9% for pension funds.
Majeed credits the fund’s “escape” from worst numbers to being underweight in equities and fixed income and getting strong results from its private equity and real assets portfolios.

The results also illustrate that the moves Majeed has overseen over the past 10 years to enhance SERS’ investment performance are paying off.

SERS’ assets have risen from $10 billion in 2012 to $17.1 billion – a figure that might have been higher if it was not subject to negative cash flow. The system, said Majeed, paid out some $4.5 billion more in benefits than it brought in from pension contributions. With fees, the system’s 10-year return is 9.1% – almost 1% above its benchmark.

“We’ve had value-added performance over the last 10 years,” Majeed said.

SERS’ efforts under Majeed have included moving away from hedge funds, adding private credit and infrastructure as new asset categories, and increasing its allocation targets to private equity and real assets. SERS also has added co-investments to its private equity and private credit portfolios to reduce fees, increased its passive exposure to U.S. equities, and implemented tactical asset allocation and currency overlay programs.

Reaping the benefits of a “very supportive board,” SERS also has put in place what Majeed describes as a “more rigorous and consistent” investment process.

“What we are most proud of in terms of accomplishing is that we've been able to implement the plan that we submitted the board in terms of turning the fund around in terms of performance,” he said.
In remarks to the SERS’ board in September, David Lindberg, a managing director with consultant Wilshire said that SERS’ outperformance for the fiscal year was due to asset allocation and manager value added throughout the portfolio. He said that asset allocation added 100 basis points above the benchmark.

Majeed arrived at SERS after serving five years as a senior investment officer at California Public Employees’ Retirement System (CalPERS), where he oversaw asset allocation and risk management. Prior to CalPERS, he had been CIO of the Abu Dhabi Retirement Pensions and Benefit Fund for three years.

Seeking to once again be a CIO, Majeed said he thought that SERS – despite its smaller size – provided “the most opportunity to make a real impact.” The fund at that point had underperformed its benchmarks, was in some cases “bottom quartile” when ranked against its peers,” Majeed said.

SERS’ executives, he said, “had aspirations to turn things around and I thought, ‘I could make a good impact to turn around this fund – not only in performance but some other things as well.”

Majeed said he also was drawn to SERS by a recently enacted governance structure allowing investment decisions to be approved by a committee chaired by the CIO.

Upon joining SERS, he developed a strategic plan aimed at improving performance. The system’s hedge funds were a focus from the onset. SERS had set a 15% target to the sector in 2010 and had, by 2012, an actual allocation of 10%.

But Majeed said that when he and his staff looked at the actual performance of the hedge funds “it was nowhere near” the return assumptions and “obviously the fees were very high.” Over time, he began to “educate” the board on this fact and got their approval to reduce the target to first 10%, then 5% and eventually zero by 2020.

Majeed, though, points out that a handful of the hedge funds have performed well enough that they are still part of the fund, situated within the fixed income and opportunistic portfolios. They are, he says, a “very small” part of the total fund.

The capital that came out of the hedge fund portfolio was reallocated, in part, to a new 5% allocation to private credit – a move that Majeed said has worked out. Private credit, he said, has generated “much higher” returns and has lower fees than the hedge fund index. Additionally, it also has delivered something that hedge funds don’t produce consistently: cash distributions. Because of the fund’s negative cash flow situation, the “income was important to us,” he said.

SERS’ private credit portfolio largely consists of managers investing in the loans of small and middle market corporations – as opposed to loans for private equity-sponsored deals. Majeed feels comfortable with SERS’ managers in the current environment, pointing out that they have a loss ratio of less than 1%.
In addition to private credit, SERS over the past 10 years also has added infrastructure to its real assets’ portfolio, which also includes real estate. The target allocation for real assets was increased from 10% to 17% and is currently at around 20%. Infrastructure is now 25% of the real assets’ portfolio, or 5% of the total fund. SERS has put capital into such areas as transportation and energy.

Infrastructure is an area that he says he feels confident in and likes because it too often produces a yield in the form of distributed cash.

Some of the transportation assets – airports and toll roads, for example – that “came under some pressure” during the COVID-shutdown period have “recovered quite well” and SERS, he said, “will continue to look for new opportunities to expand our portfolio.”

SERS’ private equity portfolio largely consists of funds investing in middle market and small companies.
“The strategy is primarily oriented toward enhancing the growth of the companies’ earnings,” Majeed said. “It’s adding value through operational management and operational improvement at the company level and that’s worked out well for us.”

SERS has steered clear of the “very large private equity funds,” he said, because those funds seem to be more focused on executing a “financial-engineering-type strategy” by acquiring large companies and “re-arranging the balance sheet.”

Majeed knows that the valuations of its private equity holdings will likely see a “downward adjustment” in the coming quarters but still sees the segment as producing returns that are “significantly higher than our public equity return.”

Going forward, Majeed does not see SERS making any significant changes to its asset allocation targets.
“The concern, of course, is to make sure that we have a portfolio that can weather the sort of environment that we are entering: high inflation, slowing growth and so forth.”

He expects returns to be “much lower” than they’ve been over the past five to 10 years.

“I’m just looking to make sure that we continue have value-adding performance relative to the benchmark,” Majeed said.