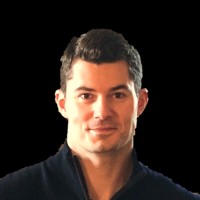 The National Geographic Society has added a key piece to its investment office.

Craig, who previously was director of private investments at Georgetown University, tells Markets Group that Coombe is a "super addition to the team" and was hired "after a lengthy and careful search." She said the plan is to get the investment office to seven or eight individuals, including two dedicated to operations, by the end of next year or early 2024.

The society’s endowment was at $1.4 billion earlier this year.

Coombe was previously a director and partner with the RockCreek Group, a Washington, D.C., investment firm with $15 billion in assets. Coombe joined RockCreek in 2014. He previously held roles with Citadel Investment Group and Trafelet & Company.

RockCreek’s founder and CEO, Afsaneh Beschloss, is a member of the National Geographic Society’s board of trustees.

Founded in 1888, the National Geographic Society uses the power of science, exploration, education and storytelling to illuminate and protect the world. It has provided more than 15,000 grants and annually reaches 3 million students through educational offerings.