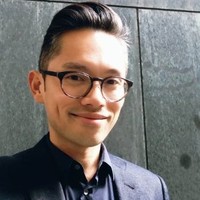 Michael Nguyen, Montana Board of Investments’ (MBOI) former director of private equity, has landed on the other side of the country.

Nguyen, according to his LinkedIn profile, is now a director, investments, with Penn State University’s $4.5 billion endowment.

He left MBOI this summer after five years, serving the past three years as director of private equity. Previously, he held roles with CTC Consulting and Informed Market Intelligence.

MBOI handles investing for nine state pension funds as well as a trust fund investment pool and a short-term investment pool. MBOI’s total assets as of June 30 were $25.5 billion, $13.5 billion of which were in the consolidated pension plans. Private investments – which includes private equity, venture capital, private credit, and passive ETFs – account for $2.3 billion, or 17.6%, of the pensions’ funds.

Penn State was searching this summer for a new deputy chief investment officer after Sonali Dalal left to become CIO of the $900 million University of St. Thomas in St. Paul, Minn. The status of that search is unclear.