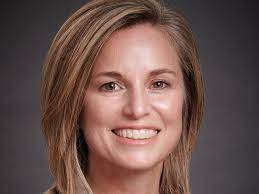 The Minnesota State Board of Investment (SBI) has selected a local allocator as its new executive director and chief investment officer.

Jill Schurtz was tapped to replace Mansco Perry III, who announced his intention late last year to retire in 2022. Schurtz has been CIO and executive director of the St. Paul Teachers’ Retirement Fund Association since 2014. In that role, she was responsible for the fund’s $1.2 billion investment program and the administration of $120 million of annual pension benefits.

SBI oversaw $124.7 billion in assets as of June 30, the majority of which – $81.3 billion – are the assets of both active and retired public employees in the statewide retirement systems. These includes the Public Employees Retirement Association, the Teachers Retirement System, and the Minnesota State Retirement System.

Previously, Schurtz was CEO of Robeco-Sage, an asset management firm. A graduate of the U.S. Military Academy, West Point, she served seven years in the United States Army, attaining the rank of Captain. Following her military service, she earned a law degree from Columbia Law School.

Perry, who will leave at the end of September, has led SBI since 2013. He previously served as assistant executive director from 1990 to 2008 and then served as CIO of the Maryland State Retirement & Pension System and Macalester College.