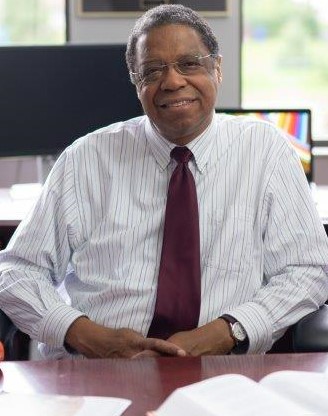 On September 13, Markets Group and its affiliated media brand, Institutional Allocator, will induct Mansco Perry, III, chief investment officer and executive director of the $130 billion Minnesota State Board of Investment (SBI), into the inaugural Chief Investment Officer’s Hall of Fame. The award will be presented by Perry’s mentor and predecessor, Howard Bicker, former executive director of the Minnesota SBI, who served the board for 42 years.

As CIO of Minnesota’s state fund since 2013, Perry is known for his fund’s performance and risk-aware governance. For the past 10 years, the fund has been ranked in the top 1% of state plans holding $20 billion or more, according to the Wilshire Trust Universe Comparison Service (TUCS). The state pension fund’s total assets under management almost doubled, from $68 billion in 2013 to more than $130 billion in 2021, under Perry’s tenure. The fund achieved 30.3% for 2021, the highest return the investment board has seen since 1983. Perry worked for the state for 30 years, starting as a director at the Minnesota Department of Revenue, and becoming assistant director of the state board under Bicker.

Over his career, Perry was also the CIO of Maryland State Retirement Agency from 2008 to 2010, and CIO of Macalester College from 2010 to 2013. At the start of his career, he worked at Cargill as a financial analyst, as a senior control analyst for the Dayton Hudson Corporation, and at Target as a manager of financial planning and analysis. He holds an MBA from The University of Chicago Booth School of Business and a law degree from Mitchell Hamline School of Law.

Perry is also credited with bringing ESG-aware investing to Minnesota, and leads an investment staff of 15, with each staff member responsible for an average $8 billion to $9 billion per investment staffer compared to $2 to $3 Billion for most large public pension organizations $8 billion to $9 billion – a challenging role for a CIO.[SO1] . He has received multiple nominations and commendations by his peers for the Markets Group Hall of Fame award.

Matt Clark, CIO of South Dakota Investment Council, told Markets Group and Institutional Allocator, “I have always admired his ability to maintain a sense of calm under stressful circumstances. That coolness under pressure, and having the same kind of common sense as his predecessor, no doubt contributed to being highly successful as an investor. The returns for his fund rank among the top-performing group of state funds over the long term.”

As CIOs often form friendships while at conferences, Clark first met Perry more than 25 years ago at a meeting of state fund investment professionals. “We were from neighboring states and both worked under iconic CIOs. His welcoming manner made it easy to quickly become friends.” The two worked together for more than 20 years within an organization of CIOs of state pension funds, determining things that could be of value to their fellow CIOs. He served as chair for many years, indicating how highly regarded he is by peers.

Similarly, Ash Williams, retired CIO of the Florida State Board of Administration, also holds Perry in high regard. “Mansco Perry is a great CIO and investor, a deeply respected leader in every sense among peers and in our industry,” said Williams, now vice chair of JP Morgan Asset Management. “His skills and character have served the pension and endowment and foundation communities in a number of roles, always with distinction. He is a true gentleman and a valued friend.”

Perry is retiring from his post on October 11, 2022, and his successor will be Jill E. Schurtz, CIO and executive director of the $1.2 billion St. Paul Teachers’ Retirement Fund Association.

The inaugural award will be presented following a special fireside chat with Perry and Bicker, moderated by Christine Giordano, editor in chief of Institutional Allocator, at the 8th Annual Great Plains Institutional Forum by Markets Group, at the Hyatt Regency in Minneapolis. The event is free to allocators.