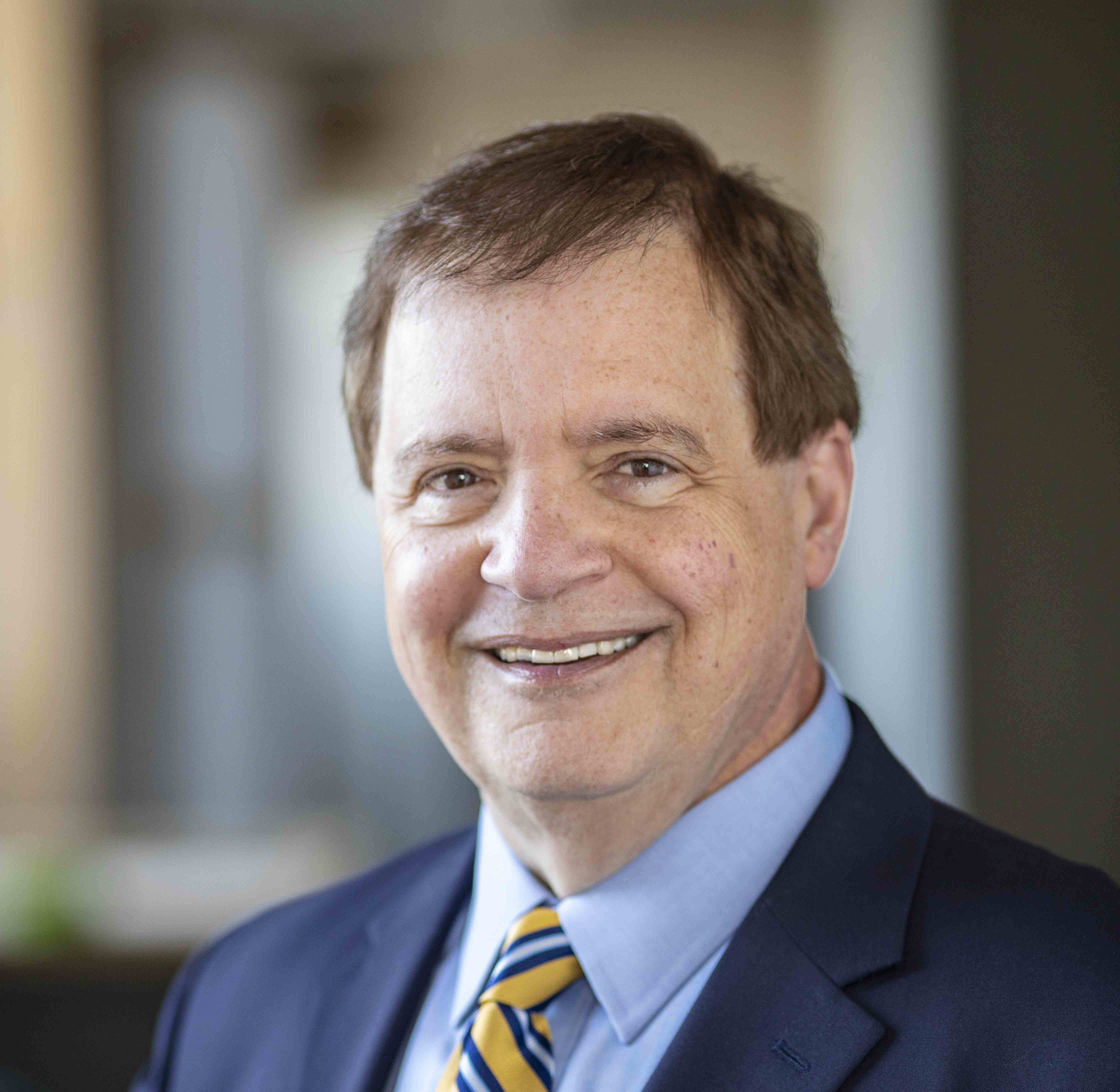 Given the current economic environment, many institutional investors are considering changes to their asset allocation targets.

Some are looking to increase their private equity investing goal, in part to align it with their current allocations. Others are aiming to reduce their exposure to less-stellar segments, such as equities or fixed income, while some are putting in place new hedging strategies.

But as the Iowa Public Employees’ Retirement System (IPERS) is demonstrating, such moves take time – especially when you have a small investment team. The system, which had $40.8 billion under management as of mid-June, has been implementing a series of asset changes with what is currently a seven-member investment team.

In September 2020, the IPERS Investment Board approved what system CEO Greg Samorajski has described as “an ambitious allocation plan.” The plan included increasing its private equity target to 13% from 11%, its private real assets to 8.5% from 7.5%, and its private credit target to 8% from 3%, while lowering its fixed income target to 20% from 28%.

In an interview with Markets Group, Samorajski said, the changes “were fundamentally to address the low-interest rate situation in core plus bonds.” That, in turn, led to the move to increase the plan’s holdings in private credit and to a lesser extent, real assets.

“Of course,” said Samorajski, “it takes a while to invest this money and [the board members] understand that.”

Some Allocation Targets are Harder to Hit

IPERS has had no trouble reaching its private equity target. In fact, thanks to the success of its managers and the sliding public market, the system was actually at 21% in mid-June, Chief Investment Officer Sriram Lakshminarayanan told the investment board. As a result, the plan may need to reduce its private equity pacing during the 2022-23 fiscal year.

It also is close to its private real assets goal as a result of investing $300 million in Brookfield’s Super-Core Infrastructure Fund and the stock market drop. This, in turn, will likely lead it to reduce or not invest $800 million that it had planned to do so.

Getting to the private credit target, though, has proven to be a bit more challenging.
IPERS has approval to commit $1.3 billion to 17 managers – nine classified as opportunistic credit and eight classified as real assets.

However, of those 17, just seven are actively investing at this time, Pat Reinhardt, an IPERS’ senior investment officer, told the investment board in June. The pension plan, he said, is in various stages of contract negotiations and operational due diligence with seven of the other managers. The hope, said Reinhardt, is to have the seven investing IPERS’ capital by later this year.

IPERS also has the remaining three managers on “hold,” he said.

One, Kartesia, was originally going to set up a so-called fund of one strictly for IPERS. That, however, could not be done and so now IPERS will most likely invest in a fund that the firm will be raising at the end of 2022 or in early 2023.

Another, Raven Asset-Based Credit Fund II, had issues arise during the operational due diligence process – issues that Reinhardt said should not keep IPERS from eventually investing in the fund.

And the third, HPS, saw the lead portfolio manager for its newest energy lending fund leave – an event which Lakshminarayanan said gave the pension plan “pause.” Spokespersons for HPS did not return a message from Markets Group [SO1] about the fund.

At the end of March, IPERS had increased its actual investing in private credit to 3.4% from 2.8% a year prior. As of mid-June, it was at 4%, or halfway to its target. One of the three private credit segments that IPERS has in its portfolio – direct lending – is fully invested, Reinhardt said. The two it is seeking to fill out are real estate debt and opportunistic credit.

But even if all 17 managers begin deploying IPERS’ capital, the system at the end of 2024 will likely be under 7% or slightly below its 8% target, Reinhardt told the board.

Also, in an interview with Markets Group, Reinhardt said that the estimate is “full of assumptions” which take into consideration the growth of the total fund and the anticipated investment pace of the selected managers.

Lakshminarayanan told the board that “private markets are elastic in nature. We aspire to get to those targets over long periods of time.”

Deploying $1 billion ‘Hard to Do’

He stressed that the staff is trying to get the approved credit managers on board as quickly as possible, but that investing $1 billion in the asset class is “hard to do,” especially given the time and resources that must be devoted to due diligence and contracts.

Samorajski told Markets Group that the private credit buildup “was contemplated as a project that would take some time.”

He said that as part of the state system, IPERS has an “RFP process that’s fairly stringent and rigorous.” It involves due diligence work before managers can be recommended to the board, followed by an operational due diligence process and a contracting process.

“Even when the contract is finished and we’ve made an allocation, you know it might take the manager anywhere from one to three years to fully invest the money that we allocate to them. So that’s the process that we had anticipated would take a number of years from start to finish and certainly we haven’t been disappointed in that timeframe.”

IPERS is hardly alone in dealing with the challenges of implementing asset allocation changes.

The board of the $308 billion California State Teachers’ Retirement System (CalSTRS), for instance, approved changes to its asset allocation targets in January 2020. However, having learned that setting a rigid timeline is “inefficient,” the system moved to gradually phase in the recommendations. The last step, which took effect on July 1, involves increasing its real estate target by 1% to 15% and its inflation sensitive target by 1% to 5%, and decreasing public equity by 2%.

Also, at a recent meeting of the $241 billion Florida State Board of Administration (SBA) Investment Advisory Council, John Bradley, an SBA senior investment officer, and Wes Bradle, an SBA senior portfolio manager, described the plan’s efforts over the past eight years to increase the venture capital allocation within its private equity segment from 14% to 33%. That move has paid off in recent years with strong returns, including distributions of $1.8 billion between the start of COVID and the end of 2021. Bradle, though, emphasized that it was not an easy process.

“It’s like moving an oil tanker,” he said. “It’s something that we started eight years ago, and it is starting to show some fruition, but it takes a really long time.”

A significant issue for IPERS – one that other public pension funds are also wrestling with – is staffing. But for IPERS, the issue is not necessarily trying to fill positions on its investment team, but rather the fact that it can’t presently expand. It did recently add Rich Wiggins as risk and operations officer, filling a role that has been open since Lakshminarayanan was promoted to CIO earlier this year – but an effort to expand its team was unsuccessful last year. Samorajski said he will try again in the fall.

IPERS, as well as all Iowa state government departments, has for the past dozen years had a “static budget,” said Samorajski, who was appointed to his role in May 2020. “We probably need to have some staff in a couple of departments, including investments. And we’ve been told it’s going to be considered this year. So, we’ll see how it goes.”

IPERS currently has some 82 employees, he said. Compared to its public pension fund peers, IPERS is “probably the lowest or very close to the lowest cost provider of both investment and administrative services and pensions,” he said.

Whereas peer group funds average $96 per member for administrative expenses, IPERS  is at $48, or roughly half.

“We run a lot of things with a smaller number of employees, and we also have systems and ways we do things that make us even more efficient.”

In addition to impacting its work in building up its private credit program, IPERS’ staffing issue is also having an impact on its ability to bring aboard newly approved hedge managers for its absolute return strategy. The board gave the OK to allocate $1 billion to the program through an overlay strategy in which it will sell other assets to generate the necessary capital.

In March, the investment board approved hiring nine firms that would supplement the current firms that manage approximately $917 million. IPERS is looking to identify four to five products that best match its requirements. The remaining firms will be bench managers.

However, at the June meeting, Lakshminarayanan said IPERS has not invested any capital in the new managers. Doing investment and operational due diligence is not something that his staff can do quickly, he said.

“We’re doing things as fast as we can, but we want to be conscientious about investing. This might take a lot longer than usual but that’s OK. We’ll take our time and do a good job.”

One way that IPERS could simplify the process is by making bigger bets. Lakshminarayanan told the board that its aim at present is to develop relationships with managers that will hopefully become bigger down the road.

“Fifty million doesn’t really move the dial,” he said. “What does is the potential to allocate a half a billion dollars down the road.”

And while still grappling with its asset allocation moves from two years ago, IPERS will consider whether to make additional changes to its strategy in September. One possibility may be altering what it put into farm and timber funds – especially since they’ve underperformed to date.