Grinnell College Gets “Creative”’ to Build Out Investment Team 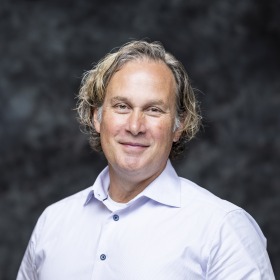 Desiring an “exceptional team,” Thayer over the past year had added  three individuals from New England – Valbona Schwab, Robert Welch and Lacey Farrell Johnson – and established an office in Boston, a city located 1,250 miles from Grinnell, Iowa.

“My primary objective in continuing to build the investment office is to assemble an exceptional team,” he tells Markets Group. “The flexibility afforded by the college’s administration and the emergence of remote work driven by the pandemic allowed me to be creative in achieving this goal.”

Grinnell is not the first school to have an investment office situated away from campus. Williams College and Dartmouth College both have offices in Boston. Hamilton College had an office in Connecticut and Colby College had an office in New York City. But Grinnell’s may be the farthest from its school and may provide a blueprint for other institutional investors that are struggling to fill roles on their teams.

Grinnell has not yet disclosed its results for the fiscal year ended June 30, but during the 2021-22 fiscal year, the college ‘s endowment grew from $2.1 billion to $2.9 billion.

“The team’s expansion is consistent with the current size and complexity of the investment portfolio and also provides the college with the resources needed to manage (its) assets effectively,” said Thayer, who became CIO in 2018 after being CIO at Oberlin College.

The expansion, he said, also “increases the probability that the historical success of Grinnell’s investment program will continue as we support the mission of the college.”

Schwab joined Grinnell in September 2021 as managing director after spending seven years at Beth Israel Lahey Health (BILH), which was previously known as the CareGroup Investment Office. While at BILH, she served as a managing director and vice president of finance. Her background also includes serving as a portfolio manager and head of research for Partners Health Care System in Boston and holding a senior investment position at Duff & Phelps.
Welch also came aboard in 2021 as an investment officer. He previously was director of research in Bowdoin College’s investment office in Brunswick, Maine.

And Johnson joined last month as director of investments.

She had been a managing partner at Boston’s Alumni Ventures, a $1 billion network-powered venture capital firm. Previously, Johnson had worked with Schwab as an investment associate at the CareGroup Investment Office, which managed $3 billion of combined endowment and pension assets. While there, she managed investment opportunities across asset classes and strategies, including venture capital, buyout, private credit, and marketable alternative strategies. Her background also includes roles with J.P. Morgan Asset Management and Goldman Sachs.


The three, said Thayer, “are exceptional team members who bring a wealth of knowledge and experience to the investment office.”