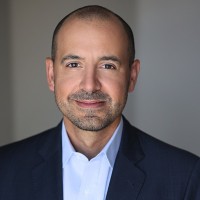 Edgar Smith, who recently left his longtime role as a managing director at the University of Southern California Investment Office, is taking on a pioneering role.

Smith was named the first chief investment officer of the Directors Guild of America-Producer Pension and Health Plans (the Plans). In that role, Smith will oversee $4 billion in assets.

Based in Los Angeles, the Plans were created as a result of the Directors Guild of America’s collective bargaining agreements with producer associations representing the motion picture, television and commercial production industries. The Plans are separate entities from the DGA and are administered by a board of trustees made up of DGA representatives and producers’ representatives.

In a prepared statement, the Plans’ CEO, Lisa Read, said she and the board of trustees “look forward to working with Edgar to further our goal of ensuring the long-term financial health of the Pension and Health Plans for our members.”

Jay Roth, who chairs the Plans’ board, also in a statement said that “as our portfolios have grown in size and complexity, Edgar’s experience and extensive network of managers that he has covered will provide invaluable support as we continue our efforts to provide these important benefits to DGA members and their families.”

Smith has spent the past 10 years at the University of Southern California. His experience includes allocating assets across a broad pool of strategies, including private equity, venture capital, hedge funds, public equity and fixed income.

Prior to USC, Smith was a senior research analyst with the Archstone Partnerships. He also has held roles with Lasair Capital, Paamco and JPMorgan.

Smith is the second managing director to leave the USC Investment Office in the past six months. Earlier this year, Samantha Cooper left after 10 years to become a managing director of nonprofit OCIO solutions for Russell Investments. USC’s endowment was at $8.1 billion as of June 30, 2021.

According to a website listing, the investment office currently has two managing directors: Hailey Liu and Brian Johnson. Liu, who has been at USC since 2015, focuses on equities and real estate. Johnson joined USC in 2014 from UC Regents, where he was director of real assets.

Diamond replaced the retiring Lisa Mazzocco as CIO in the fall of 2020.