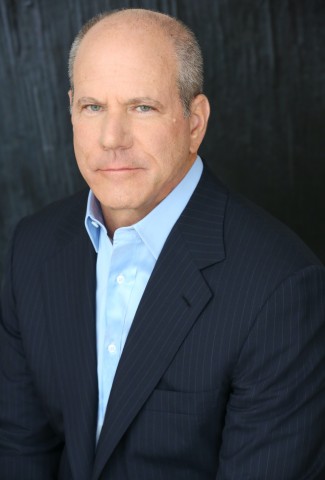 If there’s one takeaway from the second-quarter results of eight publicly traded investment firms, it’s that they are well positioned to take advantage of investment opportunities arising from the current economic uncertainty.

Together, Blackstone, KKR & Co. Inc., TPG Inc., Apollo Global Management, Ares Management Corp., Brookfield Asset Management, EQT AB and Carlyle Group have a stunning $707 billion to invest – a figure that is expected to rise given the slowing investing pace and the fact that they must continue to raise funds to generate fees. The firms’ uncalled capital is spread across a variety of investment segments, including private equity, credit, real estate, and infrastructure.

On the flip side, these totals also help illustrate the issues that many institutional investors are facing with their private equity and other private market programs.

With many firms returning to raise funds much earlier than expected, pension funds, endowments and others have found themselves up against their allocation targets. At the same time, they are now waiting for managers to call down the capital and deploy it.

Dealing with uncalled capital is a part of investing in private markets for institutional investors.
A case in point, for instance, is Maine Public Employees Retirement System (MainePERS), which had $3.5 billion, or 19% of its $18.3 billion fund, allocated to “unfunded commitments” to total alternatives. Private equity accounted for a third of that total at $1.3 billion.

In an interview with Markets Group, MainePERS Chief Investment Officer James Bennett said that “on its own, the 19% is a big number, but we do have a 47.5% allocation to private assets. Our models generally suggest targeting an uncalled amount that is 50% of the target allocation – i.e., we need to commit $150 to have $100 (net asset value).”

Industry tracker Preqin had estimated that the investment industry – excluding venture capital – had $1.86 trillion of dry powder at the beginning of June. That’s up from $1.81 trillion it had at the end of 2021. Buyout firms, meanwhile, had $873 billion in June – up from $870 billion at the end of 2021.

In remarks on the second-quarter earnings call, Jon Gray, Blackstone’s president and chief operating officer, said that with the firm’s four “powerful engines of growth and record dry powder capital to invest, we are ideally positioned for the road ahead.”

Brookfield also said it had a record level of capital available to deploy to new investments. The firm said it had total investable capital of $111 billion, which includes $74 billion of uncalled capital commitments and $37 billion of cash, financial assets and undrawn lines of credit.

Another firm with record dry powder was TPG. It ended the quarter with $39 billion to deploy.
The firm’s CEO, Jon Winkelried, said during his firm’s second-quarter call that the $39 billion represents 59% of TPG’s fee-generating assets under management.

“With this large pool of dry powder, we believe we are well positioned to deploy capital in this increasingly favorable investment environment,” he said. “We expect to see more attractive investment opportunities across our core sectors and themes as sellers adapt to reset valuations and markets stabilize in the coming quarters.”

KKR had the second-most dry powder at $115 billion – the same amount that it had at the end of the first quarter. Apollo, meanwhile, had $50 billion of dry powder, up from $48 billion at the end of the first quarter. Of that $50 billion, the firm said $35 billion has future management fee potential. Ares has $91 billion of available capital, or almost a quarter of the $334 billion it has under management.
EQT said it expects to have more than $50 billion to deploy based on fundraising activity.

The only one of the eight firms whose dry powder declined was Carlyle, falling to $81 billion from $85 billion.

In remarks on Carlyle’s second-quarter call in late July before he stepped down as CEO a week later, Kewsong Lee said that the firm had been preparing for the “complex and challenging environment” brought about by inflation, rising interest rates and uncertainty in the economic and financial markets by focusing on “continuously assessing risk, recalibrating valuations and capturing opportunities as we move forward.”

He said that “the strength of our diversified platform, well-constructed portfolios and over $80 billion of dry powder positions us well.”