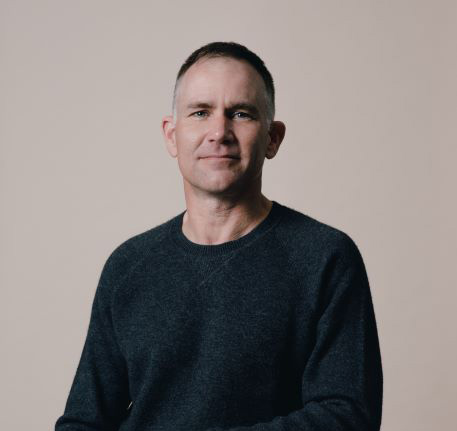 To some, Cambridge Associates’ decision to appoint a global head of digital assets earlier this year might appear to be ill-timed – especially given how badly the sector has fared in 2022.

Cryptocurrencies, after all, have lost about $2 trillion in value since their peak in 2021, the stablecoin terraUSD has collapsed, crypto lender Celsius filed for bankruptcy and crypto-focused hedge fund Three Arrows Capital was liquidated. All of this has led to further stresses on an array of companies in the United States and internationally.

But Joe Marenda, the person appointed to that role by the global investment firm and significant adviser to institutional investors, sees the timing as ideal, especially given the potential of the underlying blockchain technology.

“It’s a multi-decade transformation,” says Marenda. “We’re in the second inning and who knows how many overtimes there will be. We are very early in the game.”

Institutional investors have to date been cautious about going too heavy into the sector – but, as Marenda notes, “if you are in venture, you own crypto.”

That, he said, is just the reality as more venture firms have backed crypto and blockchain startups. In fact, the number of crypto-focused funds has grown over the past five years to more than 1,500 from just 15.

“I don’t think everybody realizes the technology itself is extraordinarily powerful,” he says. “There’s lots of opportunities for the blockchain to create new business models. … It is potentially revolutionary.”

“The space has grown dramatically,” Marenda says. “It’s a very complicated space. The nomenclature is such that one can’t just jump in and understand what’s happening. It takes a while to understand the technology and the protocols.”

The list of institutional investors who are doing something in the sector include the Houston Firefighters’ Relief and Retirement Fund (HFRRF), which announced in October that it purchased bitcoin and ether; the Fairfax County Employees’ Retirement System and the Fairfax County Police Officers Retirement System, which announced they have both invested in crypto funds, and the Teachers Retirement System of Texas (TRS), which is readying to invest in digital assets by sending out “small boats” into the area, Eric Lane, TRS’ senior managing director of private markets, told the pension fund’s investment committee.

Marenda said that despite the current conditions, interest in the sector remains strong. During the last crypto winter in 2019, he said inquiries about the area were few and far between. That is not the case this time.

“I’ve been happily surprised that the number of inquiries and responses have not fallen off,” Marenda said.

Despite the “July lull,” Marenda said, there have been questions about the “mechanics” behind the bankruptcy of Celsius, Luna’s issues, and “how does A connect with B and end up at D?” They also, he said, want to understand what the blockchain means for “society, business, technology and investing.” One thing he is stressing is that there is a similarity between the current crypto downturn and the global financial crisis: it’s been “centered around people” and had “poor risk management.”

“Risk management,” says Marenda, “did not seem to be at the forefront of day-to-day operations.”

But the downturn, he said, may have created an apt time to invest.

“It’s all about the technology and the technological change. It’s not about tokens and currencies and all that stuff,” he said. “If you are committed, now is a time to [invest] because valuations are much lower than six months ago.”

He said that companies that might have been valued at $100 million in early 2022 or late 2021 are today being valued at $30 million. That is a significant drop, but it’s also three times higher than the $10 million valuation that such a company might have had during the last crypto winter. That, in theory, is good news for the venture firms that were able to close funds late last year or early this year.

“Things are definitely cheaper,” he said.

Many institutional investors, Marenda said, are holding off diving into crypto, blockchain and digital assets because of the stock downturn.

“The broader market is pushing things off,” he said. “They are having to rebalance their portfolios and think through other things. It’s slowed everything down.”

Institutional investors also have been put off by the lack of structure, rules and transparency – a situation he likens to what the hedge fund industry used to be like. They will feel more “comfortable,” he said, when crypto becomes more understandable and regulations are clarified.

The U.S. is behind others like Singapore, the Bahamas and Europe, but he said legislation introduced by U.S. Sens. Kirsten Gillibrand (D-NY) and Cynthia Lummis (R-WY) could provide necessary direction. Known as the Responsible Financial Innovation Act, the legislation would create a regulatory framework for digital assets that would encourage financial innovation, flexibility, transparency, and consumer protections while integrating them into existing law.