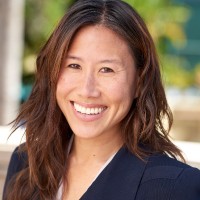 Pasy Wang is leaving her role as senior managing director, investments, of the California Institute of Technology (Caltech) to become chief investment officer of another Southern California institution.

Wang confirmed to Markets Group that she is joining Los Angeles-based Cedars-Sinai as the non-profit academic healthcare organization’s first CIO. She declined further comment, and a Cedars-Sinai spokesman did not respond to a Markets Group inquiry. The move was first reported by Institutional Investor.

According to Cedars-Sinai’s most recently posted 990 Tax Form for the fiscal year ended June 30, 2020, it had total assets of $7.5 billion and net assets of $5.1 billion.


Caltech’s CIO, Scott Richland, who also joined in 2010, told Markets Group that Pasy "was a terrric team leader" and that her "contributions were meaningful during a period when the investment office grew from $1.6 billion to $4.5 billion."

Richland said that Senior Managing Director Doug MacBean will oversee the investment team. He has been with Caltech since 2014.