Carlyle Group CEO Steps Down; Search on for Replacement 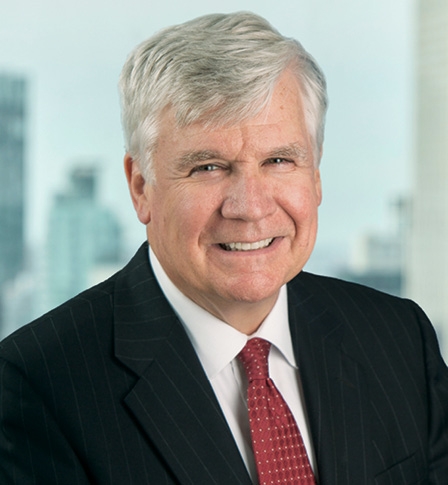 The Carlyle Group Inc. is searching for a new leader after the abrupt departure of Kewsong Lee.
The $376 billion global investment firm said that Lee and its board “mutually agreed” that the timing is right to initiate a search for a new CEO. The decision came amidst discussions tied to Lee’s five-year-employment agreement being up at the end of the year.
Lee stepped down immediately as CEO and a member of the board. The firm said he will be available as needed to assist in a transition during the months ahead. Carlyle co-founder William Conway will serve as interim CEO. Conway, a former firm co-CEO, is currently non-executive co-chairman.
Carlyle did not elaborate on the reasons for Lee’s departure. He joined Carlyle in 2013 from Warburg Pincus and became co-CEO in 2017 with Glenn Youngkin. When Youngkin left in 2020 to run - and win - the governship of Virginia - Lee became the sole CEO.
The announcement that Lee is departing comes just over a week after publicly traded Carlyle reported what Lee described as “strong results” for the second quarter ended June 30.
The firm reported net income of $245 million, or 68 cents a share, on revenue of $1 billion. That’s down from the $925 million, or $2.61 a share, on revenue of $2.7 billion that it reported for the same quarter in 2021. Carlyle has $81 billion in available capital for future investment. It operates across three business segments: global private equity, global credit, and global investment solutions.
Carlyle’s board formed a search committee to find a permanent successor. In addition to Conway, it will include independent directors Lawton Fitt, Anthony Welters, Linda Filler, and Derica Rice. The Board will immediately engage an executive search firm to identify and assess candidates for the permanent CEO position.
Additionally to assist Conway, an office of the CEO has been established, which will include six Carlyle executives. One of them, Chief Operating Officer Christopher Finn, has agreed to defer his previously-announced retirement at the end of the year.
In a statement, Conway said the Carlyle board “is grateful” to Lee “for everything he has done to position Carlyle for the future” and said that as the firm begins its search for a new CEO it does so “from a position of strength, a testament to the performance of our talented team.”
Lee, also in a statement, “ said he was “grateful” for his time at Carlyle and feels “immense pride” for the firm’s “record financial results, strong investment performance, and continued leadership no DEI and ESG initiatives.”
Carlyle employs more than 1,900 people in 26 offices across five continents.