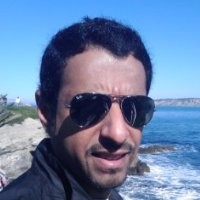 Ahmed Al Mosa, who left ADIA in June 2021 after more than 21 years, is now a partner with Blue Opal Capital, which was co-founded by Federico Jost and Sébastien de Jong. Jost previously oversaw and led the private equity valuation activities for ADIA, while de Jong was part of ADIA’s PE and VC department, focusing on venture capital fund and co-investments.

Al Mosa, who will be based in Abu Dhabi, co-founded MindTales, a mental health tech startup, in the summer of 2020. The company’s mission is to transform the mental landscape in the UAE by making digital wellness support accessible, convenient and inclusive.

While at ADIA, Al Mosa built its venture program, focusing on fund and co-investments.

In a statement, Jost said that Al Mosa “will bring valuable perspective as we work to promote investment transparency and allocation to funds managed by top venture capital platforms in the global markets” and “will support [Blue Opal] in our mission to identify and support the next generation VC platforms.”


Al Mosa, through ADIA, was a founding limited partner in such firms as Founders Fund, Foundry Group, 8VC, Craft Ventures, Flagship Pioneering and The Column Group, de Jong said in a statement.
Blue Opal is based in New York with an office in Miami. Its investments have included SpaceX, Palantir, Stripe, Klarna and flexport.